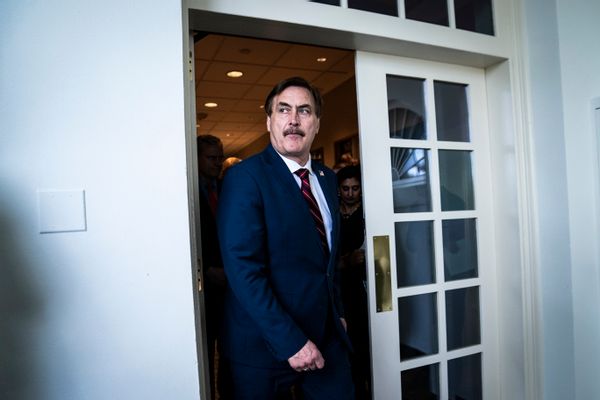 Ardent Trump supporter and MyPillow CEO Mike Lindell claims he will offer a $5 million reward to any cyber expert, politician or reporter who can disprove his alleged 2020 election data — specifically, the mysterious “packet captures” (PCAPs) that he claims will show beyond a reasonable doubt that Donald Trump overwhelmingly won the 2020 election.

To claim the prize, one must not only attend Lindell’s August “cyber symposium” in South Dakota but also, according to a notice on his website, prove that his “cyber data is not valid data from the November 2020 election.”

The big jackpot was first announced on Steve Bannon’s “War Room: Pandemic” podcast on Monday. “All the cyber guys, I don’t care if it’s media; they can dig into all this data. If they can prove [that] it’s not all valid data from the 2020 election, the November election, we have it all,” Lindell said. “We have 37 terabytes of information.”

Lindell’s latest announcement follows the MyPillow CEO’s recent statement that his admittedly ambitious goal is to have more than a billion people tune into his upcoming three-day “cyber symposium,” event so that his “absolute proof” of widespread voter fraud can have a global reach.

Two weeks ago, Salon caught up with Lindell at the Conservative Political Action Conference (CPAC) gathering in Dallas, Texas, and asked him why he has not released the so-called PCAPs and raw data he claims will prove that Trump was cheated.

Lindell avoided the question, saying, “Sorry, Zachary,” and going on to inquire why this Salon reporter was singlehandedly “destroying this country.”

This news originally appeared in Salon.

Back to Top
Close
X
What will happen to my music library when Spotify dies?…TechnologyThe Atlantic The first time I remember shopping for music was at a Best Buy one day in 2001. I came home with two CDs: the Baha Men’s Who Let the Dogs…

X
How to check if your iPhone is infected by NSO’s Pegasus spyware…TechnologyAmnesty International has released a tool you can use to search your phone for traces of the notorious Pegasus spyware. Via Macworld: By Petter Ahrnst…