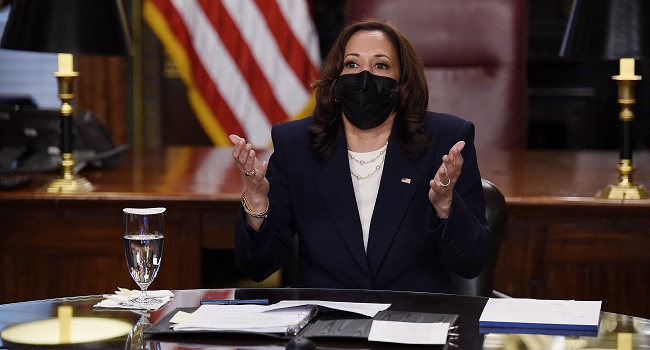 The net approval rating for Vice President Kamala Harris (D) turned negative in a new poll after her unimpressive attempt to improve the immigration crisis at the border.

The latest Morning Consult-Politico poll released Wednesday found that slightly more Americans see Harris unfavorably than those who approve of her job.

President Joe Biden fared much better than his vice president in the poll.

In June, the same poll found the disapproval and approval rates for Harris were equal at 46% each.

Harris has wilted under the spotlight after Biden put her in charge of dealing with the increasing crisis at the southern border. Harris faced fierce criticism from the right after she made excuses for not visiting the border, and then she claimed that her visit to the border had been scheduled for a long time.

She has also been hit by criticism from the left after she said in a speech to migrants not to come to the United States. Others have protested against the continuation of deportations under the Biden administration.

The newest poll found that Harris was slightly more favored by males than by females and much more favored by young people than by older people. She also garnered higher support among African-Americans and from those in urban areas.

Here’s more about Harris on immigration:

Vice President Kamala Harris is making her first trip to the U.S.-Mexico border since being tasked with overseeing the country’s migration issues. The vice p…

This news originally appeared in The Blaze.