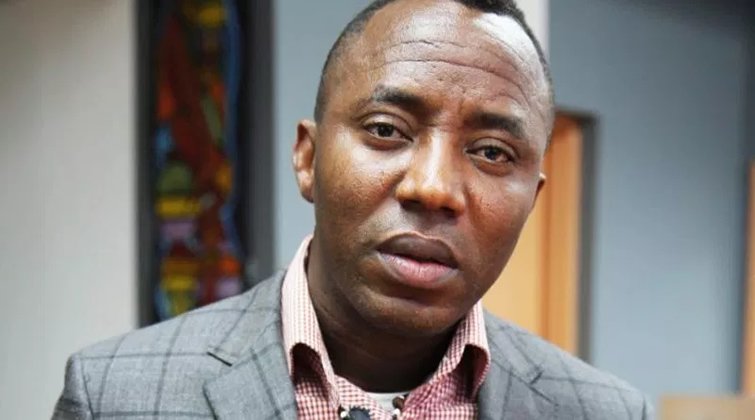 The trial involving the publisher of SaharaReporters, Omoyele Sowore, and Olawale Bakare has suffered a setback at the Federal High Court in Abuja.

The presiding Judge, Justice Ijeoma Ojukwu, has been transferred to Calabar and has informed the Chief Justice, Justice Tsoho, that although she would continue with other cases, she would no longer preside over Sowore’s case.

This implies that the case marked, FHC/ABJ/CR/235/19, will have to start afresh for the second time.

This is just as two other judges have refused to take up Sowore’s case due to its ‘sensitive nature.’

The Department of State Services had arraigned Sowore and Bakare before Justice Ojukwu for treasonable felony for organising the ‘Revolution Now’ protest on August 5, 2019, which the government saw as an attempt to disrupt peace in the country.

Justice Ojukwu subsequently ordered that Sowore and Bakare be released on bail but the DSS disobeyed the order for several weeks. After granting him bail, the DSS re-arrested Sowore inside the court, causing commotion which made the judge flee.

He was, however, released following nationwide condemnation.

In February 2020, the Office of the Attorney-General took over the case, amended the charges and re-arraigned Sowore and Bakare.

The judge ordered the Federal Government to pay N200,000 as the cost to the defendants for the frivolous application for adjournment and adjourned till February 13.

Following Justice Ojukwu’s transfer to Calabar, The PUNCH learnt that she was given the option of continuing some other cases. A court official said the judge picked a few cases and returned some others to the CJ including Sowore’s case.

However, it was learnt that two other judges in the Federal High Court had refused to take over Sowore’s case.

“It seems some of these judges feel intimidated. They don’t want Federal Government trouble. The case is high profile and controversial. So, they have been avoiding it,” she said.

The PUNCH was informed that another criminal defamation case instituted by the Attorney-General of the Federation, Abubakar Malami (SAN), involving Sowore, which is being handled by Justice Taiwo Taiwo, will also have to start afresh as the judge has returned the case file to the CJ.

“The case, Incorporated Trustees of Global Integrity Crusade Network – suing on behalf of Abubakar Malami – VS Omoyele Sowore and three others which is pending before Justice Taiwo Taiwo has also been returned to the Chief Judge for reassignment despite the fact that all the parties have filed all the processes and ready for final hearing before judgement,” the court official said.