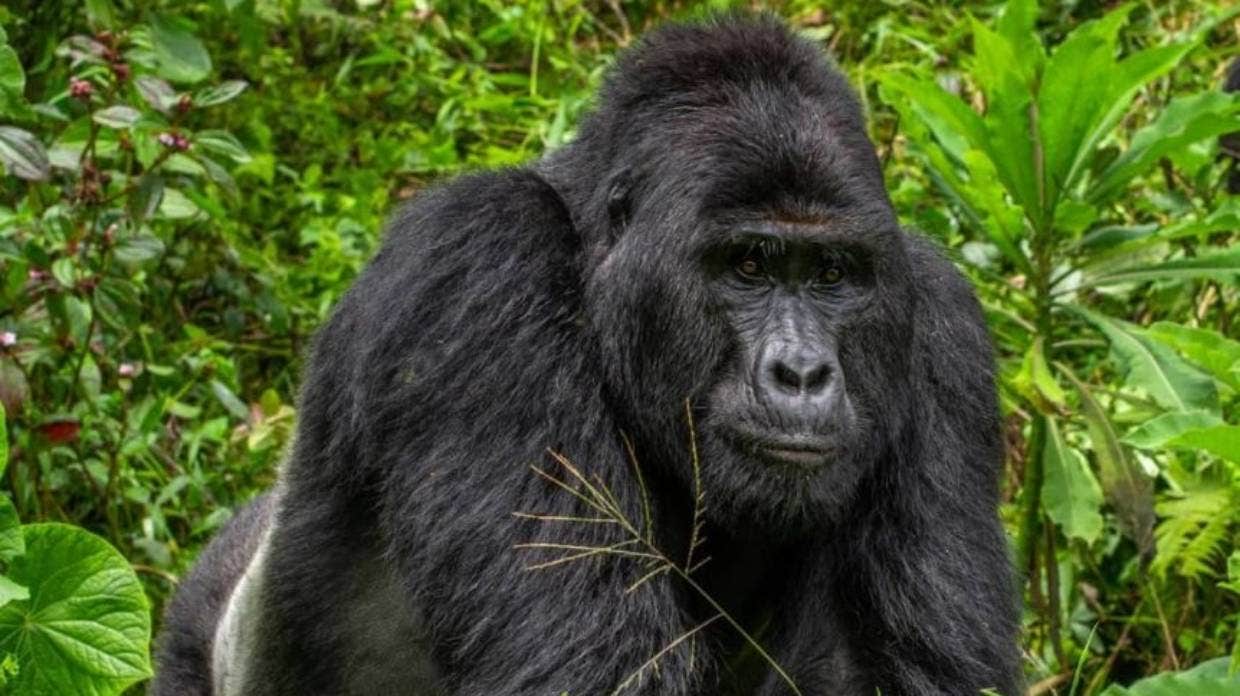 Chimpanzees have been observed attacking and killing gorillas in the wild for the first time and scientists suggested climate change could be partly to blame.

The attacks took place in Gabon in central Africa and were believed to have been sparked by competition for food.

Relations between chimpanzees and gorillas are traditionally relaxed and they have been recorded peacefully foraging, and even having playful encounters.

But researchers witnessed two brutal and fatal mass fights as they were studying chimpanzees in the Loango National Park.

Both encounters took place as chimpanzees were patrolling on the outer limit of their territory. The first battle lasted 52 minutes, and the second one 79 minutes.

On the first occasion, with researchers 30 metres away, a group of 27 chimpanzees launched an attack on five gorillas.

The western lowland gorillas tried to defend themselves and injured several chimpanzees.

In the second battle more than two dozen chimpanzees attacked seven gorillas, again killing an infant, which was then eaten.

Researchers from Osnabruck University and the Max Planck Institute for Evolutionary Anthropology in Germany published their report in the journal Nature.

They said fruit in Gabon’s forests was not as widespread as in the past, suggesting climate change could be a factor.

But they said more research was needed to establish the cause of the outbreak of violence among the apes.

Describing the first attack Lara M. Southern, author of the study, said: “At first, we only noticed screams of chimpanzees and thought we were observing a typical encounter between individuals of neighbouring chimpanzee communities.

“But then we heard chest beats, a display characteristic for gorillas, and realised that the chimpanzees had encountered a group of five gorillas.”

During the fights the chimpanzees used their larger numbers, breaking into smaller groups and separating the gorillas from each other.

Their behaviour showed “functional parallels and evolutionary continuities between chimpanzee violence and lethal intergroup raiding in humans,” the study said.

It said: “In both cases, once the first chimpanzee who saw the gorillas let out an alarm bark or scream, the majority of other group members reacted immediately and joined in, all barking together.

“By looking at the current pressures faced by these two species, both in their environment and in the way they interact socially, we may learn a little more about how we as humans, so to speak, ‘rose to the top’.

“It is crucial, now more than ever, that we work to protect these endangered species.”

Tobias Deschner, one of the author’s studies, said it was the “first evidence that the presence of chimpanzees can have a lethal impact on gorillas”.

He added: “It could be that sharing of food resources by chimpanzees, gorillas and forest elephants in the Loango National Park results in increased competition, and sometimes even in lethal interactions between the two great ape species.”

This article originally appeared in Stuff

Chimpanzees seen killing and eating gorillas for the first time