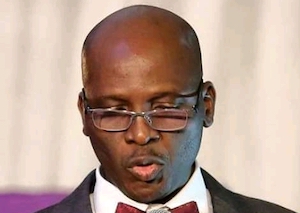 Today, we arrive at the end of our series on the most challenging and painful boil on our national nose: banditry, terrorism, and sundry acts of criminality. We are serenaded every day by wanton acts of depraved self-seeking thugs whose main reason for dispensing horrors and terrors is simply petty pecuniary acquisition. No ideology, no ennobling manifesto, no progressive compass. Just mayhem for the sake of lucre. They laugh at our ineffectual policing and equipment; they test our military preparedness regularly; and as if on death wish, they attack our military formations to steal, kill and destroy…just like their father, the devil.

What is even more damning is the revelation that so-called bandits recently shot down a Nigeria Air Force Alpha jet, and pursued the lone surviving pilot, Flight Lieutenant Abayomi Dairo, to waste him. He was part of the military offensive pulverising the vermin in the boundary forests between Zamfara and Kaduna states. The young man regaled us with his yeoman efforts, last Sunday, to escape the mad bush killers with the aerial assistance of his NAF colleagues bombing the chasing packs; and the good-natured acts of Nigerian forest dwellers who sheltered him and facilitated his escape. Even with multiple injuries, he maintained that he was lucid enough to realise that many innocent settlements were razed and wasted on suspicion of harboring an “enemy combatant”.

Do we still appreciate that we are not at war with only Boko Haram and ISWAP; that the so-called bandits are not the petty armed robbers and kidnappers we imagined were the main troublers of our urban centres and reserved forests? How do rag-tag clumps of undesirables acquire such formidable weaponry that can bring down an Alpha Jet, a war-hardened $12m behemoth in its prime? These are no longer bandits. They have transformed, apparently by several weaponising kid-glove cuddling and indulgences, to a critical and present danger to the survival of this country. We now have a full-blown cross-regional terrorism on our hands.

The way we respond to this national insult will betray our seriousness in applying drastic remedial counter-measures to firmly and immediately bring these rampaging killers into submission; or we just count our losses, and move on as if this is “one of those things”. In other words, are we going to use this unfortunate incident to weaponise the insurgents and their half-brothers, as usual; or put a stop to all this nonsense now!

Another weaponising agent is the ambiguity and lack of unanimity amongst the ‘chief security officers’ of the federating states on how to deal with criminals in their abodes. Some of them have surrendered the sovereignty of their states to the buccaneers, some of whom were recently reported to have appointed their own ‘state functionaries’, including a ‘governor’ for a section of Borno State. If it were not disreputable, it would have been laughable. Though the authentic governor, Professor Babagana Umara Zulum, dismissed the story as bunkum, the hint of such an eventuality is so devastating to the psyche of the average Nigerian, and a searing weaponising trigger for further reign of infamy. But do our leaders appreciate the gravity of this supposition – bunkum or not?

We can go on and on; but the answer to this perfidy is simple… yet stressful in the Nigerian space. The will to do the right things, at all times, irrespective of circumstances. Our soldiers have been doing great service to the nation in stemming the spread; they should be encouraged, motivated and compensated to do more; to push at colonising these vermin, restricting them to tiny clusters that local vigilantes could subsequently deal with in ceaseless raids and sieges. Needless to say, we have to open up our security architecture to accommodate community policing, properly so called. It’s the same logic that attends to igniting economic equilibrium by localizing youth employment programmes relevant to the needs and adaptable skills of specific locales. By the way, massive employment modules relevant to each area, and skill sets – not how we now chant Asian-modelled industrialisation frameworks that gulp billions without vomiting requisite sustainable opportunities – should occupy the intentions and execution of government policies in dealing with crimes of terror and bloodletting.

Just as more states are welding resources and concepts in building economic ‘flyovers’ capable of igniting employment opportunities and increasing expendable resources, security imperatives should go hand in hand with these economic considerations, as you cannot enjoy one outside of the other. Sustainable prosperity is fueled by assured security. States must pool forces: security, intelligence, economic and information diffusion, and other indices of socio-political engagements to rally the people on the side of government, in a united, consistent and even-handed confrontation against insecurity in all forms and locations.

This process should also be activated on the continental level. Nigeria should rev its multilateral dalliance with other nations, both around us, and those that can serve as safe havens for retreating criminals. No where should be safe for the anarchists. Those who renounce their evil ways should be kept alive in special prisons, processed and re-indoctrinated; but not to be seen in our midst for a long time.

Our security challenges must be heavily interrogated, and investment lavishly and sensibly dispensed, with a single-minded purpose to train and retrain our men and women of the armed forces in the latest science and craft of combating crimes, insurgency, terrorism, etc. The rank and file must be mobilised and indoctrinated to follow committed and patriotic commanders who pledge allegiance to the sovereignty of the Nigerian state, and not to any individual, however well-placed. Our forces must go after the purveyors of high crimes and terror, and their sponsors, without encumbrances of politics, tribalism, sectionalism, narrow agendas, and such sentiments that confuse and dilute the morale and mission of law enforcers and law-abiding citizens.

Let us end all this with a fitting though biting denunciation of the Nigerian government and its plethora of missteps and maladministration, delivered eloquently by the Catholic Bishops of Ibadan Ecclesiastical Province on July 20, 2021, after their deliberations in Akure, Ondo State: “Nigeria, our country, seems to have lost its very soul because it is no longer a healthy entity. The good health of any nation consists in its capacity to offer its citizens a territory where they can feel at home, feel secure and enjoy the basic necessities of life.”

“This, unfortunately, is no longer the case in our dear country, Nigeria, where armed conflicts, armed robbery, kidnapping for ransom, insurgency, banditry, and extra-judicial killings have become the order of the day. When a nation loses its soul, its people lose the cohesive elements of human relationships.

This article originally appeared in This Day.

Back to Top
Close
X
Terrorists’ rising capacity and dizzying warfront stories…OpinionThis Day RingTrue BY yemi Adebowal Phone 08054699539 Email: yemi.adebowale@thisdaylive.com The range of equipment with terrorists in the North require…

X
Letter to all Nigerian studentsOpinionOpinion Nigeria By Famuditi Gboyega Dear student, It has become a trend for newly graduated students to organise a special ceremony for the celebratio…