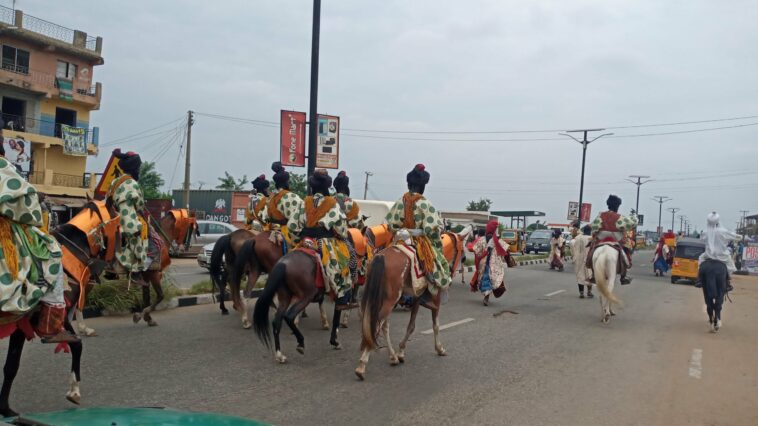 The annual Ilorin Durbar festival has become a political rally point over the years, as politicians use it to test their strength in Ilorin, the state capital of Kwara State since its rejuvenation in 2018.

The Durbar festival has been cancelled by the state government, acting on intelligence report, however, according to DAILY POST findings, it was cancelled for political reasons.

Saraki has been moving across some parts of the state for a couple of days. On the July 17th, he was at Patigi where he visited the family of the Late Emir Chatta Umar and also visited the Ahman Pategi University, Patigi, which is located in Kwara North.

Kwara North will be strategic in the 2023 election, as the senatorial district has not produced a governor since the nation’s return to democracy.

The zone can either wait for governor AbdulRahman to finish his two terms, or go along with Saraki.

He was also at the house of the family of Late Balogun Alanamu, Abubakar Akanbi, where he paid condolence visit over the passing away of the Late Balogun.

The supporters of the incumbent governor, AbdulRahman AbdulRasak and supporters of Bukola Saraki reportedly clashed at the EID ground on Tuesday.

According to an eyewitness account, the governor got to the prayer venue with Saraki already seated, in the course of his entrance, his supporters chanted “Sai Rahman! Sai Rahman!

After the prayer, the supporters of Saraki also chanted sai bukky, sai bukki, disrupting the sermon after the prayers. The governor at the point exited the venue.

The chief of staff to the president, Ibrahim Gambari, was also at the Eid prayer ground.

On Wednesday, the government, in a statement announced by Permanent Secretary of the state Ministry of Communications, Rabiat Abdulrahman, said,

People in the state see these moves by the former governor, as part of the move to regain his position as the godfather of the state…

How Kwara government canceled durbar festival over fear of Saraki