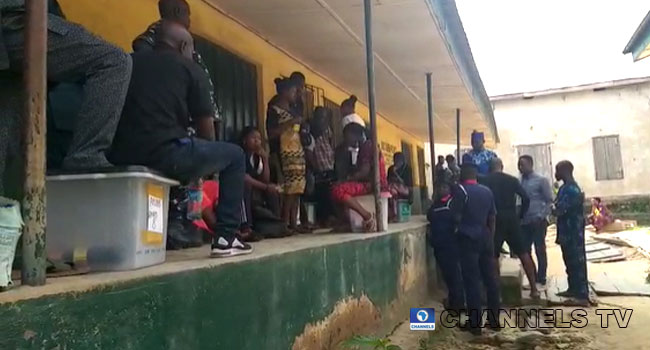 The Local Government election in some parts of Ogun State has been extended by one hour over the later arrival of materials.

Residents of the Gateway State had come out on Saturday to cast their ballots in polling units across the 20 local councils to elect their local government chairmen and councilors for a fresh four-year term.

Although the exercise was scheduled to close by 3pm in all polling units, the State Independent Electoral Commission extended the exercise.

Briefing journalists, the Chairman of the Commission, Oshibodu said he received reports that election materials got to some Centres late and that necessitated an extension.

Earlier, the Ogun State governor, Dapo Abiodun arrived at his Itaosanyin Ward two in Iperu, Ikenne Local Government Area of the state to cast his vote.

The governor commended residents for their peaceful conduct.
However, in Abeokuta the state capital, security operatives had enforced the restriction of movement earlier imposed by the Ogun State Government.

Channels Television observed a less busy road as they travelled through the Lagos-Ibadan expressway and the Shiun-Bobape road, leading to the state capital, Abeokuta.

The outer towns were without security operatives or enforcement agents, yet the compliance to the restriction appeared to be high in and around Abeokuta.

Back to Top
Close
X
I won’t say I’m impressed, Gbajabiamila reacts to Lagos LG polls…Political LandscapePunch Speaker of the House of Representatives, Mr. Femi Gbajabiamila, has decried the low turn out of voters during Saturday’s local government electi…