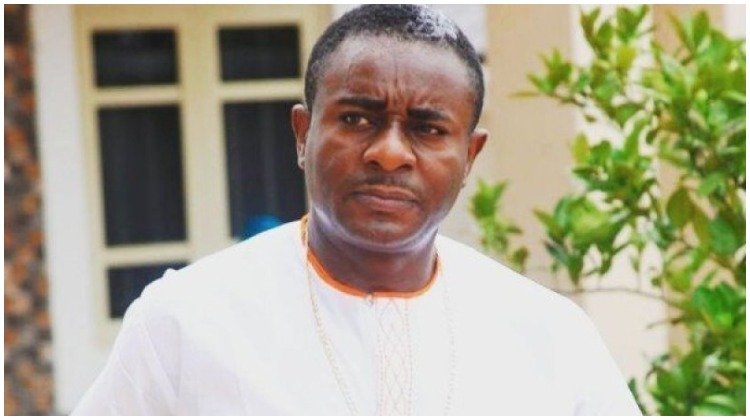 A week after the grand burial of the mum of nightclub owner and businessman, Obi Iyiegbu, aka Obi Cubana, actor, Emeka Ike, has said those criticising the lavish display of wealth at the weeklong event have no right to do so.

In an interview with Saturday Beats, Ike said, “We all mind one another’s business in this country because people are always looking for the negative things. As he (Iyiegbu) is spending, it shouldn’t be anybody’s problem. He is simply having fun. And if it is a way of honouring his late mother, what stops him from calling his friends to come around and celebrate her life? Maybe, that’s his way of doing it. He has also said that he has helped many people and many of them would want to repay the favour.”

Ike also disagreed with those who said that Nollywood painted most rich Igbo people as occultists. He said, “There are different ways people can show their affluence. Some might choose to ‘spray’ money and it could be a one-off thing. I don’t think I have heard Kanayo Kanayo spraying money anywhere before now.

“We are not going to carpet all that because of someone spraying money at a function. Maybe Cubana had been nice to them and they decided to spray that amount of money. However, it is left for the government to decide whether to ban spraying of money or not.”

The actor also maintained that Nollywood actors were not all about showing off. He said, “People can have whatever opinion they want about Nollywood. The industry is diverse and there are many people working in it. The fact that some actors sprayed money there does not mean we should carpet the whole Nollywood.

Later this month, we (some actors) are going to commission a computer centre with over 20 computers, desks and accessories at…

Back to Top
Close
X
Reuben Abati and his 30 shekels of silverOpinionSahara Reporters By B.U. Nwosu In the end, this is sad, short history of Mr. Reuben Abati, a once-gifted journalist, who sold his birthright for a pla…