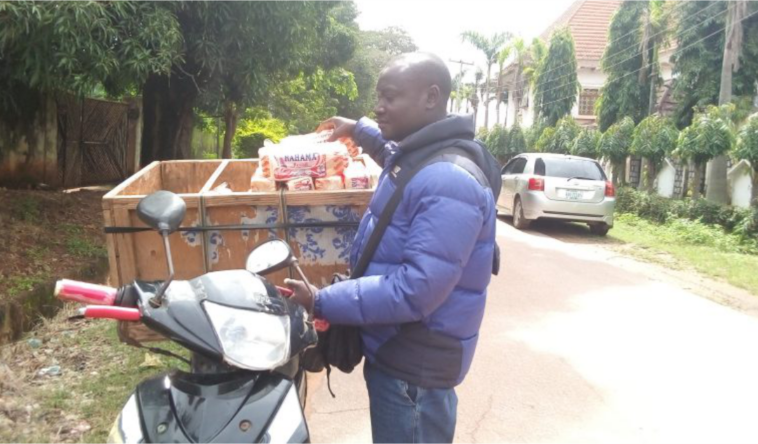 A former bank staffer has said his decision to quit the white collar job has proven to be a wise move in hindsight as he now earns much better.

Ali Dahiru, who resigned his job in Zenith Bank and took to selling bread, says his decision has turned out to be a blessing.

Mr Dahiru is a Higher National Diploma holder from Kaduna Polytechnic. He graduated from the department of Cooperative Economics and Management.

Mr Dahiru told the News Agency of Nigeria (NAN) that he hawked bread on the streets of Kaduna, and was proud of his trade.

”After my graduation, I worked with Zenith Bank as ‘Contract Staff’ for six years, before I resigned to start selling bread.

Narrating how his ‘romance’ with the bread business started, Mr Dahiru said a man that was bringing bread to the bank, aroused his interest.

”It was during my annual leave that I decided to talk to a man who sells bread to us in the bank, indicating my interest in the trade.

“I had realised that what he earned in selling bread was more than my monthly earnings at the bank.

“He tried to discourage me on the grounds that as a graduate, bread-selling was not something I should embark on, but I insisted.

“I eventually resigned from the bank and started selling bread on a motorcycle, to the surprise and dismay of some people,” he said.

He said his economic status had risen now, compared with when he was a casual staff at the Zenith Bank, adding that he was now in a position to assist people in need of money.

“I am not ashamed of selling bread as a graduate; those that para…

Back to Top
Close
X
Nigeria lost $50bn in 10 Years due to uncertainty over Petroleum Industry – Buhari…Premium TimesChannelsPresident Muhammadu Buhari on Wednesday in Abuja said Nigeria lost an estimated $50billion worth of investments in 10 years.This, according to…

Hawking bread has been more profitable than my bank job: Graduate