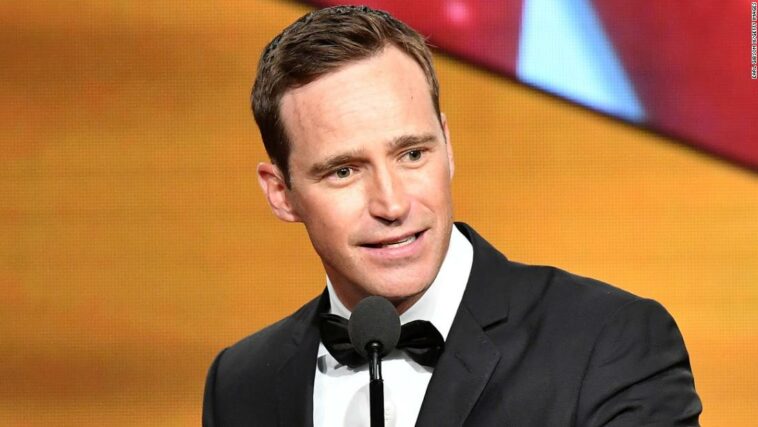 Mike Richards, the new host of “Jeopardy!,” has issued an apology after a number of derogatory remarks about little people, Jews, people receiving unemployment benefits and sexist comments he made about women resurfaced.

Richards, who executive produced the game show before being named the full-time replacement for the late Alex Trebek, made the comments in 2013 and 2014 on the podcast “The Randumb Show,” which he hosted. The podcast was a peek behind the scenes of “The Price Is Right,” which Richards co-executive produced at the time.

The podcast, which Richards often recorded from his office, had 41 episodes, all reviewed by The Ringer. CNN has not independently confirmed the comments made on the podcast and the episodes have since been removed.

The website reports that in 2014, Richards made a number of comments about women’s bodies, including asking two younger women if they’d taken nude photos of themselves and complaining that one piece bathing suits made women look “frumpy and overweight.”

In other episodes, he called his co-host a derogatory term for people of short stature, and used the same slur to describe actress Kristin Chenoweth, according to the report.

Back to Top
Close
X
Woman weeps while testifying against R. Kelly about assault…EntertainmentAPA key accuser at the R. Kelly sex-trafficking trial returned to the witness stand on Thursday, first claiming Kelly had a Girl Scout fetish and then…