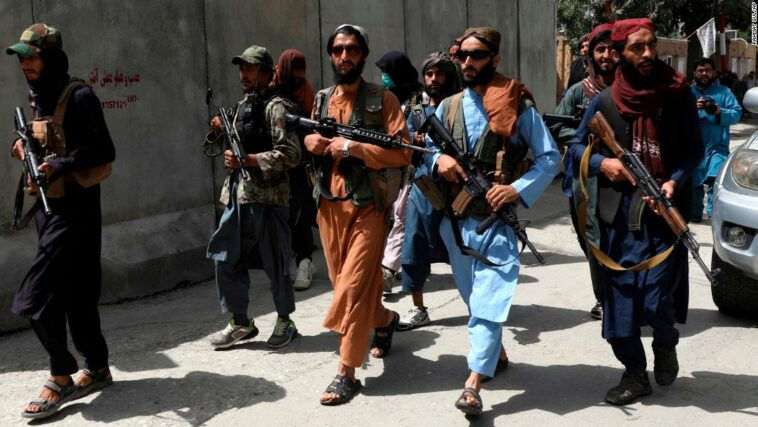 A group of US diplomats wrote a classified cable to Secretary of State Antony Blinken in mid-July warning that swift action needed to be taken because they believed the situation in Afghanistan could rapidly deteriorate and they feared a catastrophe.

They laid out how the department could take swift action to process and evacuate Afghans who had assisted the United States and get them out of the country quickly.

The diplomats decided to send the dissent memo because they felt previous warnings and recommendations they had made were being ignored and labeled alarmist, two State Department officials told CNN.

The classified cable, signed by more than a dozen US diplomats, urged specific steps to be taken, including starting a biometric enrollment program for the Afghans applying for Special Immigrant Visas or refugee status ahead of the evacuation, so they wouldn’t waste time before what they believed would be the imminent collapse of the Afghan government as the US withdrew.

“The secretary reads every dissent and reviews and clears on every reply. He’s made clear that he welcomes and encourages use of the dissent channel, and is committed to its revitalization,” said State Department spokesperson Ned Price. “Just as importantly, we incorporate the channel’s constructive and thoughtful ideas into our policy and planning.

Back to Top
Close
X
2023: EFCC warns banks on election financing, others…In the NewsRipples NigeriaThe Chairman of the Economic and Financial Crimes Commission (EFCC), Abdulrasheed Bawa, on Thursday, warned financial institutions to a…

X
Lawan lists conditions APC can retain power beyond 2023…In the NewsPM NewsPresident of the Senate, Ahmad Lawan, has given several conditions that would enable the All Progressives Congress retain power during and beyo…