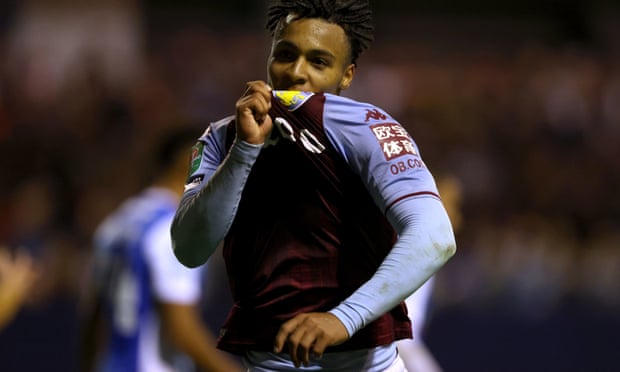 Norwich City thumped Bournemouth 6-0 in the Carabao Cup second round but some of their Premier League rivals lived dangerously before overcoming lowly opponents.

Rafa Benítez’s Everton were down to 10 men after 59 minutes at Championship side Huddersfield when forward Moise Kean was shown a straight red with the score at 1-1 but Andros Townsend grabbed a 79th minute winner for the visitors.

Brentford, flying high on their return to the Premier League, were a goal down at home to fourth-tier Forest Green but ran out 3-1 winners with three second-half strikes. Forest Green played with 10 men for the last 10 minutes after Ebou Adams was sent off.

Patrick Vieira’s Crystal Palace were the sole Premier League casualties of the evening, losing 1-0 in their all top-flight clash at Watford after Ashley Fletcher fired in a right-footed shot four minutes from time.

Norwich opened the floodgates in one of three earlier kickoffs, with their new U.S. international signing Josh Sargent and Greek winger Christos Tzolis each scoring twice on their full debuts at Carrow Road.

X
Carabao Cup third round draw date, time and teams included…SoccerBirmingham MailAston Villa and Wolverhampton Wanderers have successfully made it to the third round of the Carabao Cup.Villa overcame League Two oppos…