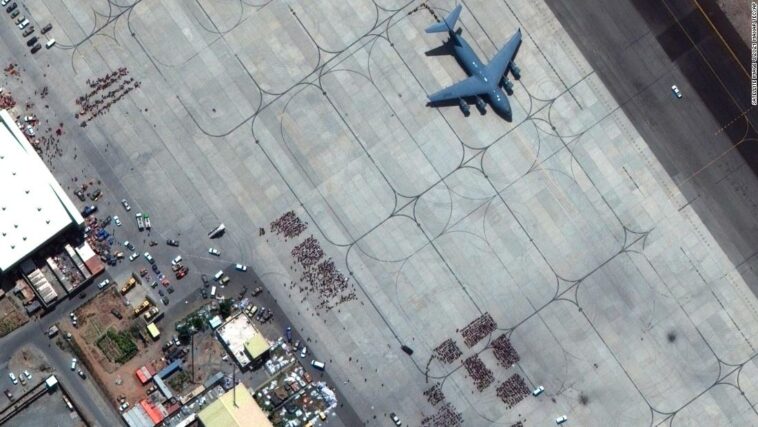 “So far, the reduction does not affect the mission,” one of the officials said, adding that the commander on the ground can decide what military personnel are in units that are no longer required. That decision can be based on a few factors, including the number of gates open at the airport, the number of people coming through and more.

“If you can have a smaller mission set and still conduct the mission, then you can reduce your footprint and reduce your risk,” the official said.

The Pentagon has been acutely aware of the threat posed by ISIS-K and other terror groups around the airport, developing alternate routes to the field for US citizens and Afghan evacuees. In addition, the Taliban have stated openly that they do not want a US military presence in Afghanistan beyond the end of August, warning that there will be “consequences” were the US to stay longer.

The fact that a small number of American troops have already left underlines how quickly the situation is moving. The pace of evacuations has rapidly ramped up in recent days but with a week until Biden’s deadline, the US military will soon be forced to switch from transporting Americans and Afghans out to concentrating on safely moving all the troops out and winding down the security operation at the airport.

In remarks to an emergency meeting of the G7 on Tuesday, Biden said the threat to US troops in Kabul was one of the key reasons he was sticking to the end of the month as the final withdrawal date.

Back to Top
Close
X
Lagos community raises the alarm over ‘robbery attacks’…In the NewsThe NationResidents of Abiodun Olajire Street in the community petitioned the Commissioner of Police, Hakeem Odumosu through a letter dated August 16,…