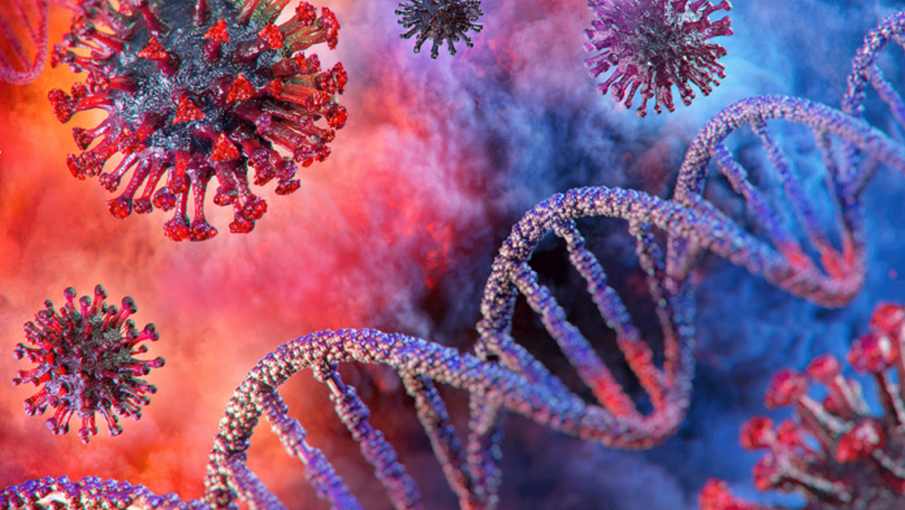 In recent days, the FDA approval of Pfizer vaccines and vaccine mandates by employers and other organizations have managed to suck the oxygen out of the 24-hour news cycle. However, while vaccines and therapeutics play major roles in combating the deadly covid-19, what’s less talked about is the role of natural immunity in protecting people against the SARSCoV2 virus.

With the report of waning vaccine-induced immunity against COVID-19 beginning to surface, a new study was conducted in Israel to compare different immunities.

“The short-term effectiveness of a two-dose regimen of the BioNTech/Pfizer BNT162b2 mRNA COVID-19 vaccine was demonstrated in clinical trials and in observational settings3,4. However, long-term effectiveness across different variants is still unknown, though reports of waning immunity are beginning to surface, not merely in terms of antibody dynamics over time5–7, but in real-world settings as well. Alongside the question of long-term protection provided by the vaccine, the degree, and duration to which the previous infection with SARS-CoV-2 affords protection against repeated infection also remains unclear.”

According to two new studies from the UK and Israel, researchers found that natural immunity is far superior and much better than artificial immunity derived from vaccines as part of the largest real-world observational study.

“This is the largest real-world observational study comparing natural immunity, gained through previous SARS-CoV-2 infection, to vaccine-induced immunity, afforded by the BNT162b2 mRNA vaccine. Our large cohort, enabled by Israel’s rapid rollout of the mass-vaccination campaign, allowed us to investigate the risk for additional infection – either a breakthrough infection in vaccinated individuals or reinfection in previously infected ones – over a longer period than thus far described.”

At the end of the study, researchers found that vaccinated people were 13 times as likely to be infected and 27 times to have symptomatic infections as a matched cohort that was previously infected with the Delta variant. The paper also shows that offering previously infected people one dose slightly reduced their infection risk (probably not enough to outweigh side effects).

“Our analysis demonstrates that SARS-CoV-2-naïve vaccinees had a 13.06-fold increased risk for breakthrough infection with the Delta variant compared to those previously infected, when the first event (infection or vaccination) occurred during January and February of 2021. The increased risk was significant for a symptomatic disease as well.”

Now, here is the second section of the result that should put an end to the debate over vaccines versus natural immunity.

Hats off to the former New York Times reporter Alex Berenson who first spotted the Israeli study. In a tweet this evening.

Alex Berenson on Twitter: “1/ Wow. New Israeli preprint shows natural immunity to #SARSCoV2 is FAR superior to the artificial kind – vaccinated people were 13x as likely to be infected and 27x to have symptomatic infections as a matched cohort that was previously infected. And this is with Delta dominant. pic.twitter.com/hhD9h0vyMS / Twitter”

1/ Wow. New Israeli preprint shows natural immunity to #SARSCoV2 is FAR superior to the artificial kind – vaccinated people were 13x as likely to be infected and 27x to have symptomatic infections as a matched cohort that was previously infected. And this is with Delta dominant. pic.twitter.com/hhD9h0vyMS

Here is another Israeli study with similar results.

Ran Israeli on Twitter: “According to the recent Israeli data – A few months after receiving the 2nd shot – there is NO DIFFERENCE between vaxxed/unvaxxed in terms of cases&viral transmission.However, previously infected people are way more protected than fully vaccinated peoplehttps://t.co/MGyvxlMnkk / Twitter”

According to the recent Israeli data – A few months after receiving the 2nd shot – there is NO DIFFERENCE between vaxxed/unvaxxed in terms of cases&viral transmission.However, previously infected people are way more protected than fully vaccinated peoplehttps://t.co/MGyvxlMnkk

That’s not all. Another study conducted in the UK shows that natural immunity offers much better protection. In the tweet below, a Twitter user by the name of Corona Reduit shared some of the findings from the UK study.

this was apparent from UK reinfection data as wellhttps://t.co/E4Hs98U1xN

Below is the summary of the Israeli study.

Background:
Reports of waning vaccine-induced immunity against COVID-19 have begun to surface. With that, the comparable long-term protection conferred by previous infection with SARS-CoV-2 remains unclear.

Methods:
We conducted a retrospective observational study comparing three groups: (1)SARSCoV-2-naïve individuals who received a two-dose regimen of the BioNTech/Pfizer mRNA BNT162b2 vaccine, (2)previously infected individuals who have not been vaccinated, and (3)previously infected and single dose vaccinated individuals. Three multivariate logistic regression models were applied. In all models we evaluated four outcomes: SARS-CoV-2 infection, symptomatic disease, COVID-19-related hospitalization and death. The follow-up period of June 1 to August 14, 2021, when the Delta variant was dominant in Israel.

Conclusions:
This study demonstrated that natural immunity confers longer-lasting and stronger protection against infection, symptomatic disease and hospitalization caused by the Delta variant of SARS-CoV-2, compared to the BNT162b2 two-dose vaccine-induced immunity. Individuals who were both previously infected with SARS-CoV-2 and given a single dose of the vaccine gained additional protection against the Delta variant.

You can read the full study on the medRxiv preprint server.

Here’s a link to at least 13 more studies that show the same thing,.

And the single dose bit from that Israeli study is because Israel did not allow previously infected and recovered people to have any of the vaccines until at least 3 months had passed since they recovered. Israel’s health services made this stipulation in early March. Before that no recovered person was allowed to have the vaccine at all. If you read most of these other studies, especially the one from Korea, you’ll realize that the “waning natural immunity” referred to in the Israeli study is most likely talking about lowered amounts of IgG antibodies, which is completely normal. So their “better with 1 jab” statement is kind of a sop to government policy … especially since none of the vaccines gives you ANY IgA antibodies, the mucosal ones that hang out in your nose (nasopharynx) and instantly fight any new pathogens you inhale.

So for the recovered people, vaccines are utterly unnecessary, and the marginal temporary benefit given by even one dose may not be worth the associated risk. Which means that the whole Vaccine Passport thing is garbage, and the whole A Needle For Everyone is even more garbage.

Back to Top
Close
X
Window is ‘closing fast’ on research into true origin of Covid, warns WHO team probing W…RifsDaily Mail window of opportunity to uncover the true origins of Covid is closing and could soon be 'biologically impossible', a report has warned. Wor…

Two new studies from Israel and the UK found that natural immunity is FAR superior and MUCH better than the artificial immunity from vaccines; vaccinated people were also 13 times as likely to be infected