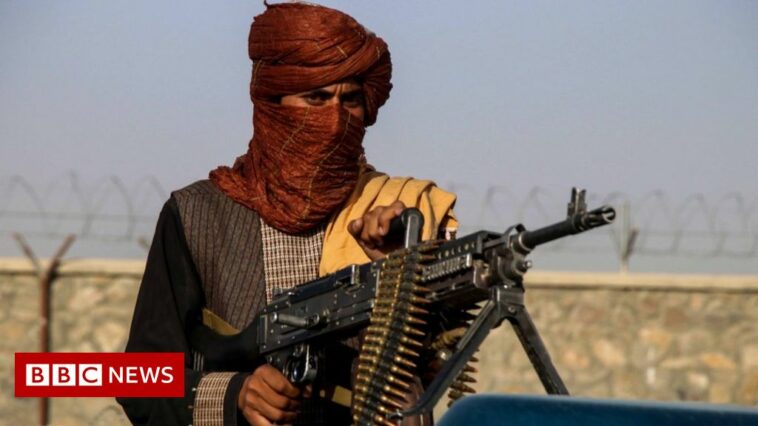 The top US general has described the Taliban as a “ruthless group” and says it is unclear whether they will change.

Gen Mark Milley said, however, it was “possible” that the US would co-ordinate with the Islamist militants on future counter-terrorism operations.

US forces withdrew from Afghanistan on Tuesday, ending America’s longest war 20 years after launching an invasion to oust the Taliban.

The Islamists are now in control and expected to announce a new government.

Gen Milley was speaking alongside US Defence Secretary Lloyd Austin, in their first public remarks since the last troops left Afghanistan.

US President Joe Biden has been widely criticised over the abrupt manner of the US withdrawal, which led to the unexpected collapse of the Afghan security forces US troops had trained and funded for years.

The Taliban’s lightning advance sparked off a frenetic effort to evacuate thousands of foreign nationals and local Afghans who had been working for them.

In the news conference on Wednesday, both Gen Milley and Secretary Austin praised the troops who served in Afghanistan and the massive evacuation mission.

X
Mr Zelensky (finally) goes to WashingtonIn the NewsBBCA year can be a lifetime in politics. The past two probably qualify as a generation's worth of lifetimes, so a reader might be forgiven for not qui…