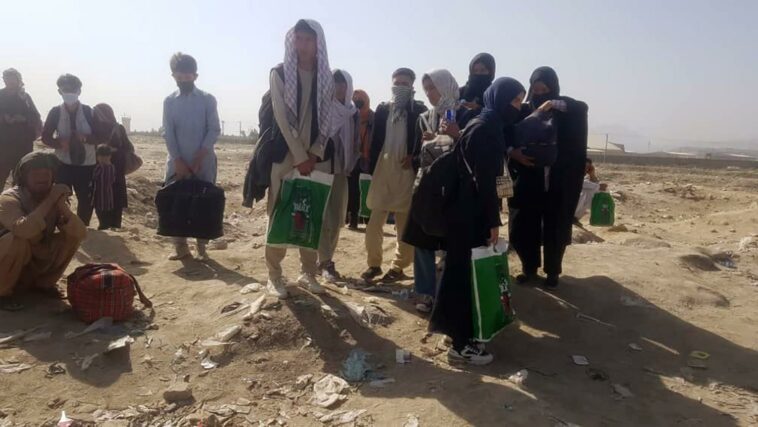 They move from place to place at a moment’s notice in a desperate bid to evade the Taliban — girls whose lives are in danger simply because they chose to play a sport they loved.

An international effort to evacuate members of the Afghanistan national girls soccer team, along with dozens of family members and soccer federation staff, suffered a crushing setback last week after a suicide bombing at the Kabul airport killed 169 Afghans and 13 U.S. service members during a harrowing airlift.

Now, frightened and desperate, the girls worry whether a far-flung coalition of former U.S. military and intelligence officials, congressmen, U.S. allies, humanitarian groups and the captain of the Afghanistan women’s national team can get them and their loved ones to safety.

“They’re just unbelievable young ladies who should be playing in the backyard, playing on the swing set, playing with their friends, and here they’re in a very bad situation for doing nothing more than playing soccer,” said Robert McCreary, a former congressional chief of staff and White House official under President George W. Bush who has worked with special forces in Afghanistan. “We need to do everything that we can to protect them, to get them to a safe situation.”

Most members of the Afghan women’s team, formed in 2007, were evacuated to Australia last week.

X
FG must tolerate criticism, avoid plunging Nigeria into crisis – CAN…In the NewsPunchThe Christian Association of Nigeria on Wednesday expressed concern over the security challenges in the Nigeria with a warning that the Federal G…