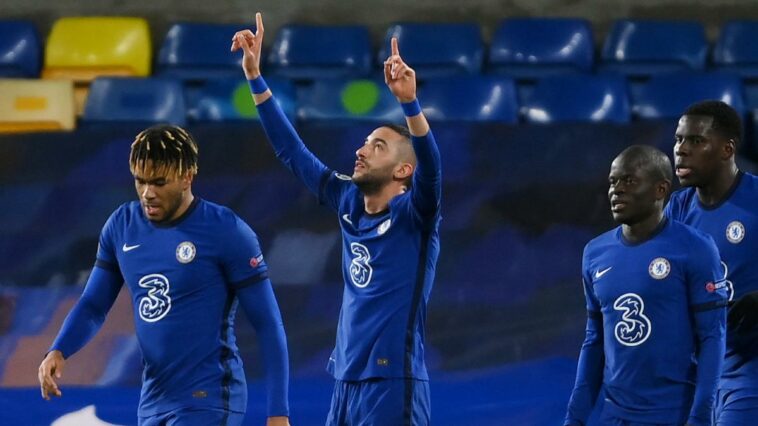 Hakim Ziyech has been accused of doing the national team a disservice by Morocco head coach Vahid Halilhodzic.

Morocco head coach Vahid Halilhodzic says he dropped Hakim Ziyech due to the Chelsea winger’s unacceptable behaviour when he was on international duty in June.

‘Ziyech refused to play for Morocco’

Ziyech was left out of Morocco’s squad for their World Cup qualifiers against Sudan on Thursday and Guinea next Monday.

The 28-year-old came off the bench in a 1-0 friendly win over Ghana three months ago before starting in a victory by the same scoreline against Burkina Faso.

Halilhodzic has explained he dropped the former Ajax man due to his conduct the last time he was called up.

“His behaviour in the last two matches, especially the last one, was not that of a national team player who as a leader in the team has to be a positive role model,” Halilhodzic said.

“He arrived late and after that, he even refused to work. There was no point in discussing it afterwards, as a coach the answer is right there to see. For me, the national team is above everything, nobody can hold it hostage.”

Halilhodzic claimed Ziyech refused to play against Ghana, claiming he was not fully fit, and did not want to come off the bench.

He added: “For the first time in my coaching career, I have seen behaviour that disappoints me. A player who refuses to play a game, admittedly a friendly, on the pretext that he is injured.

“The medical staff made several examinations and said he could play. He then refused to warm up in the second half because he was disappointed to be a substitute. For me, that type of behaviour is unacceptable.

“You can’t cheat with the national team. You are 100 per cent there or you are not.”