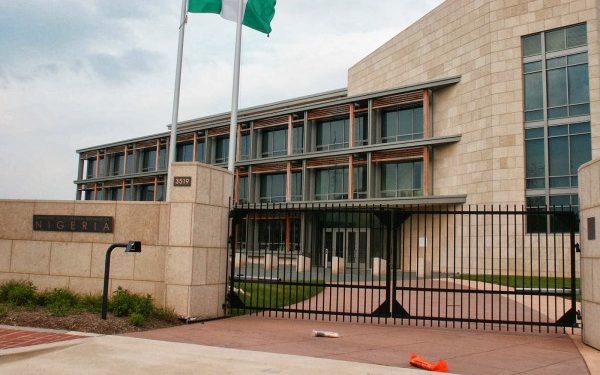 In spite of its challenges, many African countries still look up to Nigeria for guidance, inspiration, and integration, an envoy, John Usanga has said.

Mr Usanga, the Nigeria Ambassador to Guinea Bissau with concurrent accreditation to Cape Verde stated this when he hosted the Minister of Information and Culture, Lai Mohammed to dinner in Praia, the Cape Verde Capital.

The News Agency of Nigeria reports that the Minister was in Cape Verde for the 64th Conference of the United Nations World Tourism Organisation, UNWTO, – Conference for Africa and the second edition of UNWTO Global Tourism Investment Forum.

According to Mr Usanga, Nigeria is a very important country in Africa, with a key role to play in the integration of ECOWAS.

He described Cape Verde as “a virgin territory up for the taking, with the government and people looking up to Nigeria to help them stand.’’

He gave the example of a Nigerian architect, Kunle Adeyemi who designed and constructed a floating music hub in Mindello City in Sao Vicente, one of the Islands in Cape Verde.

The envoy said the unprecedented architectural design in the country was a cynosure while Adeyemi “is well revered” by the government and people of Cape Verde.

Mr Usanga also said Cape Verde “is looking up to Nigeria” for the development of its music and film industry as some private sector operators had been exploring the sector in that country.

He again gave the example of a Nigerian ace movie director and producer, Kunle Afolayan who shot films in the country.

“Cape Verde has become a favourite destination for Nigerians and we have received so many teams from Nigeria all interested in coming to Cape Verde and Guinea Bissau.

“Nigeria is very important to these countries because as we have come to realise, they are looking up to us for guidance and development.

“Some of the things we need to do is to open the space to make it conducive for Nigerians that are here and to those who want to come in for investment.

“It would be of great benefit to have Nigerians come in here and invest freely,’’ he said…

African countries look up to Nigeria despite challenges – Ambassador