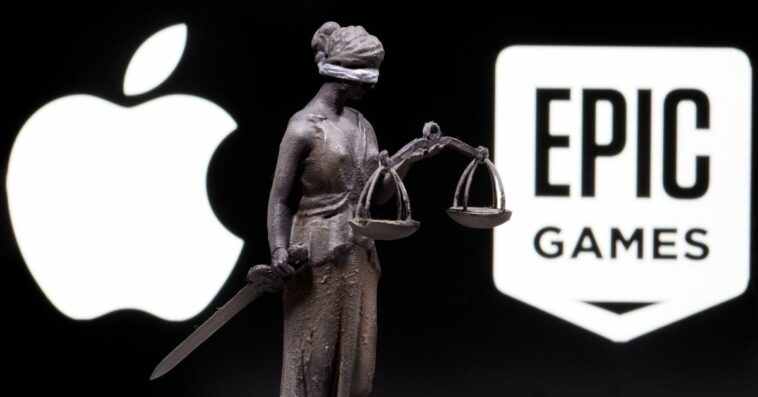 A U.S. federal judge struck down some of Apple Inc’s (AAPL.O) App Store rules on Friday, forcing the company to allow developers to send their users to other payment systems in a partial win for “Fortnite” creator Epic Games and other app makers.

Epic said it would appeal the ruling, with CEO Tim Sweeney tweeting that the ruling “isn’t a win for developers or for consumers.”

The outcome left Apple’s critics and rivals saying they are more likely to turn to legislators, rather than courts, to pursue the changes they seek.

U.S. District Judge Yvonne Gonzalez Rogers described her ruling as requiring a “measured” change to Apple’s rules. Analysts said the impact may depend heavily on how the iPhone maker chooses to implement the decision.

Apple shares were down 3.2% late on Friday afternoon, but many Wall Street analysts maintained their long-term favorable outlooks on the iPhone maker.

X
Former Zimbabwe First Lady Grace Mugabe set to appeal today against Chief's …In the NewsVOAA Zimbabwean court is expected today to hear an appeal by former First Lady, Grace Mugabe, against a chief’s ruling that she violated traditional n…