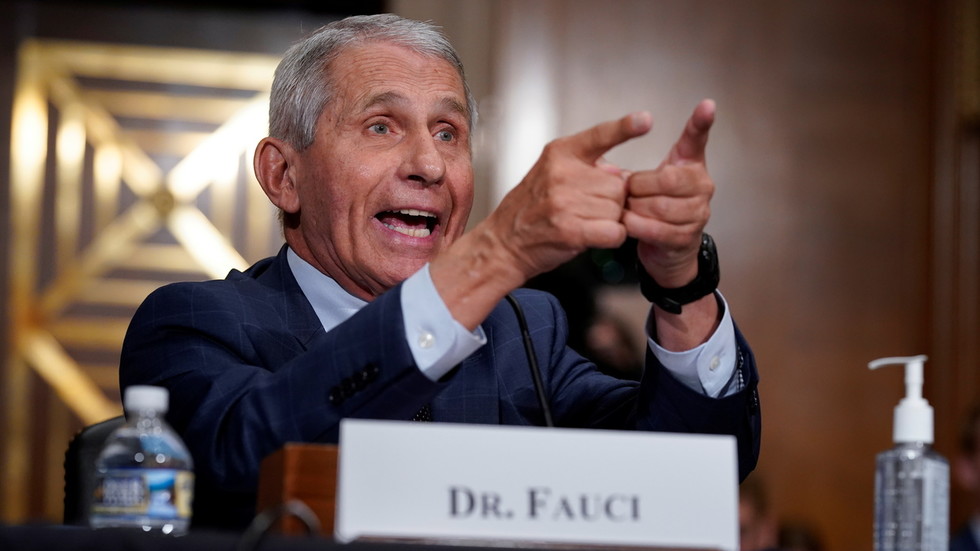 America’s biggest media outlets refused to cover the news this week that the US funded bat coronavirus research at the Wuhan Institute of Virology years before the Covid-19 pandemic – a fact Dr. Anthony Fauci has denied.

More than 900 documents were obtained by The Intercept, following a Freedom of Information Act lawsuit against the US National Institutes of Health (NIH) that revealed the NIH gave millions of dollars in grants to the US NGO EcoHealth Alliance. Nearly $600,000 was used at the Wuhan Institute of Virology, at least partially “to identify and alter bat coronaviruses likely to infect humans.”

“Even before the pandemic, many scientists were concerned about the potential dangers associated with such experiments,” The Intercept reported, publishing quotes from several people concerned about the relation between the research and the health crisis affecting the world today.

The grant used to research bat coronaviruses was active between 2014 and 2019. Former president Donald Trump shut down a decision to renew the funding in 2020, after Covid-19 became a global pandemic.

Despite the newsworthiness of The Intercept’s bombshell report, the US’ largest media outlets – including the New York Times, the Washington Post, CNN, and MSNBC – failed to air or publish any coverage. Fox News on Thursday scanned through transcripts from CNN, MSNBC, CBS, NBC, and ABC News and found the report had not even been mentioned this week. Similarly, the New York Times, the Washington Post, Politico, Axios, USA Today, and even the Associated Press failed to report on the concerning development online.

“Shame on the other networks and print news. It seems they don’t like reporting the truth,” protested one American on social media, arguing that the story was even “bigger than Watergate.”

“If corporate media doesn’t acknowledge, did it really happen?” questioned another person, while others accused the media organizations that omitted the report of being “propaganda outlets” that wanted to suppress the truth.

Monger on Twitter: “The MSM still in protection mode. We don’t have a media anymore. What we have is a bunch of paid pundits who filter the news to fit their own party’s narratives. If it doesn’t fit for them it doesn’t make it out to the public. / Twitter”

The MSM still in protection mode. We don’t have a media anymore. What we have is a bunch of paid pundits who filter the news to fit their own party’s narratives. If it doesn’t fit for them it doesn’t make it out to the public.

Conservatives questioned whether National Institute of Allergy and Infectious Diseases (NIAID) President Dr. Anthony Fauci had lied to Congress about the NIH’s funding of Wuhan coronavirus research. Fauci has repeatedly denied the National Institutes of Health (NIH) and its sub-institute, the NIAID, funded gain-of-function research since he was grilled about the matter by Republican Senator Rand Paul in May.

Fauci told Paul the NIH “has not ever and does not now fund gain-of-function research in the Wuhan Institute of Virology,” to which Paul responded with the warning that “it is a crime to lie to Congress.”

On Tuesday, following the release of The Intercept’s report, Paul tweeted, “Surprise, surprise – Fauci lied again… And I was right about his agency funding novel coronavirus research at Wuhan.”

X
Bandits demand N10m for abducted Ondo travellers, Amotekun rescues nine…RifsBy Peter DadaHours after their abduction, some of the kidnapped travellers in Ondo State have been rescued by men of the State Security Network Agency…