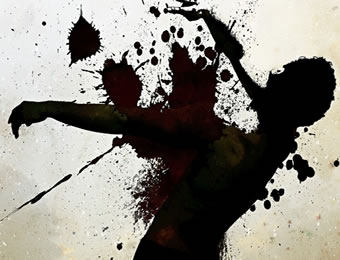 FIVE suspected ritualists have been arrested by operatives of the Kwara State police command in Patigi Local Government Area, with the remains of their murdered victim also recovered.

A statement on Friday in Ilorin by the command’s Public Relations Officer, Okasanmi Ajayi, said the victim, a prostitute, was tricked and taken to one of the suspect’s home where she was beheaded for money ritual purposes.

The statement reads: “In continuation of the effort of the Kwara State police command’s commitment to ensuring that the people of Kwara State sleep at night with both eyes closed, the Commissioner of Police, Kwara State, CP Tuesday Assayomo, wishes to inform of the command’s investigation of a reported case of missing person turned homicide.

“On June 29, 2021 at about 23:08hrs, an unknown young person, later identified as Samuel Peter Tsado ‘m’ of Patigi town in Patigi Local Government Area of Kwara State, went to one Victory Hotel, Patigi, and requested for the service of a commercial sex worker by name Abigail ‘f’ (other names unknown).

“After the monetary negotiation of N5,000.00, both Peter and Abigail left the hotel premises to an unknown place. Ever since then, both of them were not seen again. “On the receipt of the report of missing person, the commissioner of police, who suspected a foul play, directed that the case be taken over by the State Criminal Investigation Department (SCID) for a discreet investigation.

X
7 Countries that permit citizenship by birthIn the NewsNigeria Abroad In the early 2000s, many Nigerian celebrities, in the popular quest for dual citizenships for their offspring, had their pregnant wives…