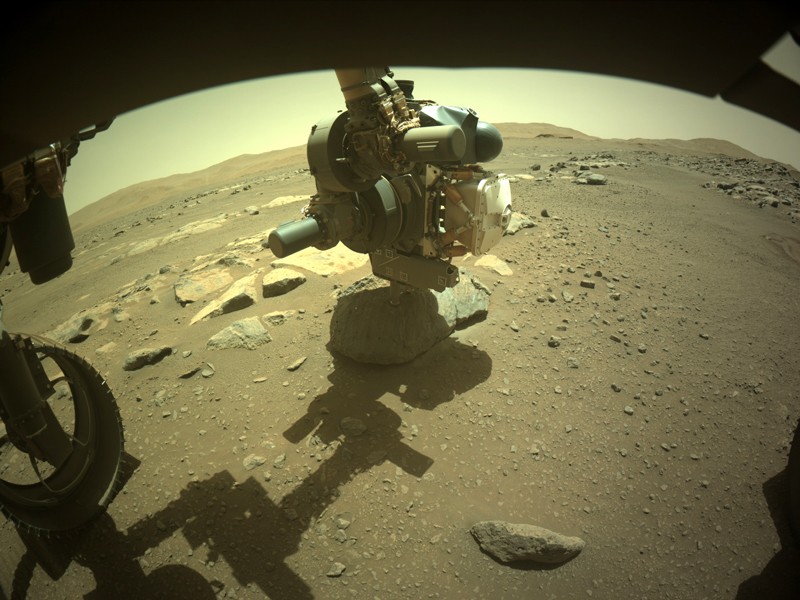 After a failed attempt last month, NASA’s Perseverance rover has successfully drilled, extracted and stored a sample of Martian rock — the first ever Mars sample destined to be flown back to Earth for study.

“This is a momentous achievement,” said NASA administrator Bill Nelson in a statement.

When the rover first attempted the manoeuvre, on 6 August, the rock it was trying to sample crumbled into powder before making it into a sample tube. The second attempt, on 1 September at a different location several hundred metres away, went smoothly: the drill bit pulled a slim cylinder out of a 70-centimetre-long rock named Rochette. Engineers then paused the process so that they could photograph the core in its sample tube, to ensure it was intact, before sealing the specimen inside days later, on 6 September. 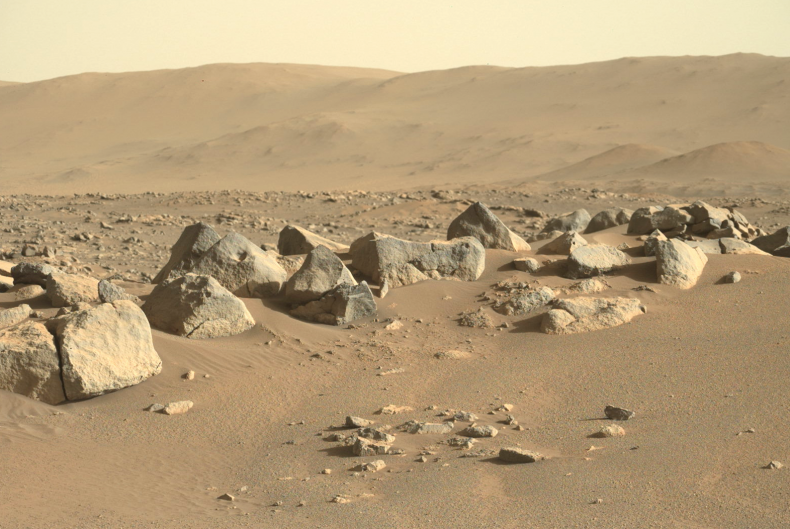 This photo, taken August 10, shows a number of rocks that were photographed in the Jezero Crater.NASA/JPL-CALTECH/ASU

The core from Rochette now rests in Perseverance’s belly, hermetically sealed and ready to wait many years until future spacecraft can retrieve it and any other cores the rover manages to collect. The goal is to gather about 35 cores representing the geological history of Jezero Crater, Perseverance’s landing site — which was home to a river delta billions of years ago and might contain evidence of ancient Martian life.

“We determined salt granules in the rock indicate it was exposed to water,” Julia Goreva, a NASA scientist for the rover program, said in a news conference from the Jet Propulsion Laboratory in Pasadena, Calif.

The rocks, drilled Monday and Wednesday, came from an igneous or volcanic rock. The agency previously knew that water once filled the crater, but not for how long.

The salt deposits mean NASA can now rule out a sudden “flash in the pan” water event, the agency said in a news release.

“It looks like our first rocks reveal a potentially habitable sustained environment,” said Ken Farley, project scientist for the mission, said in the release. “It’s a big deal that the water was there a long time.”

NASA’s Perseverance Mars Rover on Twitter: “My first two rock samples are likely volcanic with hints of salts that may hold bubbles of ancient water. They’re pieces of a bigger puzzle, to learn:- how this area formed- its history of water- if past life ever existed hereMore on #SamplingMars: https://t.co/rFOBz2Mrak pic.twitter.com/ztugkQwFQi / Twitter”

My first two rock samples are likely volcanic with hints of salts that may hold bubbles of ancient water. They’re pieces of a bigger puzzle, to learn:- how this area formed- its history of water- if past life ever existed hereMore on #SamplingMars: https://t.co/rFOBz2Mrak pic.twitter.com/ztugkQwFQi

The rover sampled a rock NASA dubbed Rochette on a ridge named Artuby. The two samples are named Montdenier and Montagnac after a French mountain and region, respectively.

Scientists chose the Rochette drilling site after a previous attempt to drill a sample failed because the brittle rock target crumbled.

The samples now are stored and sealed inside the rover as part of a multinational effort to bring Mars rocks back to Earth by 2031, said Kate Stack Morgan, Perseverance deputy project scientist.

The samples may be dropped on the Martian surface for a future rover to retrieve and launch into space, where another spacecraft would catch them and return them to Earth. Ultimately, the goal is to use advanced equipment on Earth to analyze the rocks for signs of ancient life on Mars.

“We plan to continue exploring Jezero Crater … for about two Earth years,” Stack Morgan said in the news conference. “We will make decisions then on which samples we’d like to put down in that first cache.”

The samples, about the thickness of a pencil, were 2.4 inches long and 2.6 inches long, which are nearly ideal, said Jessica Samuels, the Perseverance surface mission manager, at the Jet Propulsion Laboratory.

Back to Top
Close
X
Space station astronaut captures breathtaking view of the edge of the Earth…ScienceEuropean Space Agency astronaut Thomas Pesquet delivers a knockout image from the ISS cupola. By Jackson Ryan If the state of the planet is getting yo…

X
Strange, repeating radio signal near the center of the Milky Way has scientists …ScienceLive ScienceBy Brandon SpecktorIt's not a fast radio burst, pulsar or low-mass star. So what in the heavens is it?Astronomers have detected a strange,…