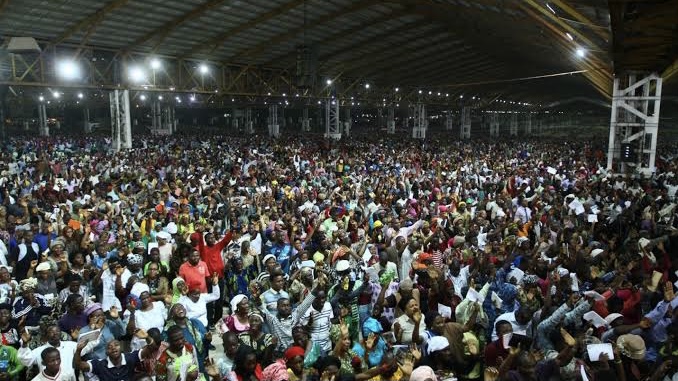 There is a popular notion across Christendom that having a large congregation automatically makes a church leader a successful servant of God. This notion is held by the majority of believers and church leaders across Nigeria, as well as in other parts of the world. How true or accurate is this notion? That is what I will attempt to shine light on.

Before unpacking the issue, let’s take a quick look at the other characteristics of this definition of a successful Ministry.  First, large congregations require large worship auditoriums. So, to be considered successful you must have large auditoriums and branches spread across the country and outside. Second, large congregations and multiple branches, often than not, translate to more money. Third, more money translates to more influence over the people and to a considerable extent the society at large.

Listed above would most likely be accompanied by the life of luxury of the leaders that will be evident in the cars they drive, the houses they own, chain of businesses they control and, in some cases, owning private jets. Those who have these things are seen as running a successful ministry. They are also seen as highly anointed. Because the size of the anointing is what determines the size and measure of these things we have listed.

On the other hand, any church leader that does not possess these things is seen as being unsuccessful, a failure that requires special intervention. It is this notion that has largely brought the Church in Nigeria to where it is.

Why is that the case? Because of the pressure and the need to be successful in terms of number and material acquisition, a number of Church leaders have watered down the gospel to make it appealing to the people, in order to keep them and to keep growing the numbers. Some even go to the extreme by resorting to diabolical means to grow their numbers through the performance of miraculous signs and wonders.

Why are these Church leaders resorting to these approaches? One, because the people can no longer endure sound doctrine. Most people don’t want to hear the truth of the Gospel anymore. If the message and environment does not feel good, the people won’t stay. These leaders are therefore under immense pressure to make the people feel good, including bringing comedians and other funny characters to their pulpits to get the people entertained. It’s a case of ‘rather than lose them to the world, let’s bring the world to them’.

Miraculous signs and wonders are selling more than the truth because the people no longer want to hear the truth that is able to transform them. Quick fixes they get from these ‘powerful’ men of God is what they want rather than go through the process of being built to maturity and perfection, which is the ultimate desire of God.

For these reasons, we now have large auditoriums filled with people who are excited and are getting blessed, but with little or no character development and transformation. That is why we have so many churches and Christians and with no commensurate impact on the state of development in our country, Nigeria.

There was a controversy recently over the termination of the appointment of a number of pastors due to lack of productivity. I am sure, if these pastors had measured up in terms of the features of ministry success listed above, they would have still had jobs. But who really wants to keep workers who are not meeting expected performance measures? And most importantly, we cannot deny the one who hires the right to fire. Selah!!!

Going back to our question, are large congregation and material acquisition indicators of a successful ministry? We cannot answer that without resorting to the word of God. First, God requires every one of us to be productive. He does not want us to be unproductive. Jesus Christ clearly stated that any branch in Him that does not bear fruit would be cut off (John 15:2). From this passage, we can see clearly that God requires productivity from us. We also saw what He did to the servant that went and hid the one talent he was given (Matthew 24:14-30). We will still come back to this parable.

In some quarters in Christendom, leaders with less than 200 or 100 members are considered unsuccessful in ministry. This has been said both directly and indirectly by those who consider themselves successful. How did we arrive at that conclusion?

The pastor of fewer than 100 congregants that we have considered a failure by our own parameters may be highly successful by God’s parameter. The Bible says we have no right to access another man’s servant (Romans 14:4).

One of my favourites passages in the Bible that keeps me in check is also very relevant in this discourse. And I think it’s a passage that every church leader needs to carry in their heart all day every day. It’s in Matthew 7:21-23. I find The Message translation quite interesting and apt:

“Knowing the correct password—saying ‘Master, Master,’ for instance—isn’t going to get you anywhere with me. What is required is serious obedience—doing what my Father wills. I can see it now—at the Final Judgment thousands strutting up to me and saying, ‘Master, we preached the Message, we bashed the demons, our super-spiritual projects had everyone talking.’ And do you know what I am going to say? ‘You missed the boat. All you did was use me to make yourselves important. You don’t impress me one bit. You’re out of here.’”

We see how some people would be disqualified even though they meet all the parameters of a successful ministry we made mention of earlier. Reviewing the CV and accomplishments of these leaders, you would see the manifestation of miraculous signs and wonders, followed by large crowd, and which would come with money and influence. They checked all the boxes of our features of successful ministry: crown, money, influence, strong voice in the society etc and yet were disqualified by God. I fear that this would be the lot of a number of church leaders if they don’t align with the will and intent of God.

Jesus knew that a segment of the Church would hold on to this notion in the last days and there was a warning to them in the Book of Revelation:

“I know you inside and out, and find little to my liking. You’re not cold, you’re not hot—far better to be either cold or hot! You’re stale. You’re stagnant. You make me want to vomit. You brag, ‘I’m rich, I’ve got it made, I need nothing from anyone,’ oblivious that in fact you’re a pitiful, blind beggar, threadbare and homeless.” – Revelation 3:15-17 (MSG).

Jesus Christ went ahead to call them to repentance and also instructed them to turn to Him for true success. If you are pastoring a congregation that’s less than 200, 100 or even 50, do not be discouraged. You are not a failure if God who gave you the assignment has not called you a failure.

Allow God to define success for you. Don’t be carried away by what the world defines as success, which a portion of the church has bought into. Don’t be under pressure to perform and then you displease your Master.

Kindly note that this is not saying that Church leaders or Ministers should become slothful, underproductive and mediocre. Not at all. As pointed out earlier, God requires us to be productive and on the day of judgment, God would expect that our output and outcome are commensurate with His input into our lives. Our desire for growth must be driven by love for God and based on the capacity He has given us. Anything outside this is capable of causing us to end up in Matthew 7:22.

Frederick Adetiba is a transformation specialist, social reformer, management consultant and the lead pastor of The Finishing Church, Abuja. You can connect with him via www.fredadetiba.com and @fredadetiba on social media.

X
Pakistan airlines to resume commercial flights to Kabul next week…In the NewsTVC News Pakistan International Airlines has announced that it will resume flights from Islamabad to Kabul next week, establishing the first foreign c…