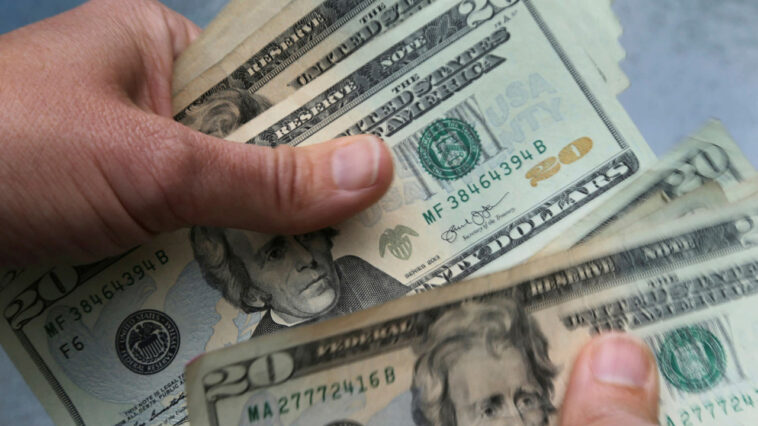 No Intention To Convert Dom Account Proceeds To Naira, Says CBN
Speculative trading intensified at the parallel market of the foreign exchange market at the weekend, as the naira inches towards N550/$ amidst rising scarcity.

What looked like an awful week for the local currency deteriorated in the past two days, with the exchange rate floating around N545/$ in Lagos at noon yesterday.

Findings have shown that many traders at the black market have run out of FX, while the few that have are not willing to sell. The traders, it was learnt, are currently on a mop up, a situation that has turned the black market segment into a sellers’ market.

If the speculative tendency continues into next week, traders said, the troubled naira could hit a new low of N600/$. Supply shock continues to increase, and the dollar only needs to break the N550/$ psychological barrier to head towards N600/$.

The naira is stabilising above N500/$ for the first time. It exceeded N500/$ during the famous 2017 crisis, but it retreated shortly after it crossed the mark.

The Guardian, on Friday, reported that the deposit money banks (DMBs) that have been handed the sole responsibility of selling to personal/business travel allowance (PBTA) users after the ousting of bureau de change (BDC) operators, have resorted to rent-seeking.

It reported that the banks are exploring the black market, while denying end-users access to FX under the guise of unacceptable documentation. Meanwhile, the banks have continued to claim that they have more than enough to give out to those in genuine need.

Speaking with The Guardian, the Director of Corporate Communications of the Central Bank of Nigeria (CBN), Osita Nwanisobi, said the banks had enough FX in their vaults to give deserving individuals.

After the report, the apex cautioned against FX ‘malpractices”. It warned that “FX operating licence of any bank or banks that are found culpable with the ongoing investigation would be suspended for at least one year”.

On the heels of the rising currency crisis, the apex bank has distanced itself from media reports that there are plans to convert proceeds of domiciliary accounts to naira, saying “the Bank has not contemplated, and will never contemplate, any such line of action”.

A statement signed by Nwanisobi, said: “The attention of the CBN has been drawn to a fake circulation, in social media circles, of a circular with a fake CBN logo curiously dated 13 September 2021, and purportedly issued by its Trade and Exchange Department to the effect that all DMBs, International Money Transfer Operators (IMTOs) and the public are to convert domiciliary account holdings into naira.

“We wish to reiterate that the Bank has not contemplated, and will never contemplate, any such line of action. The speculation is a completely false narrative, aimed at triggering panic in the foreign exchange market. It would be recalled that…