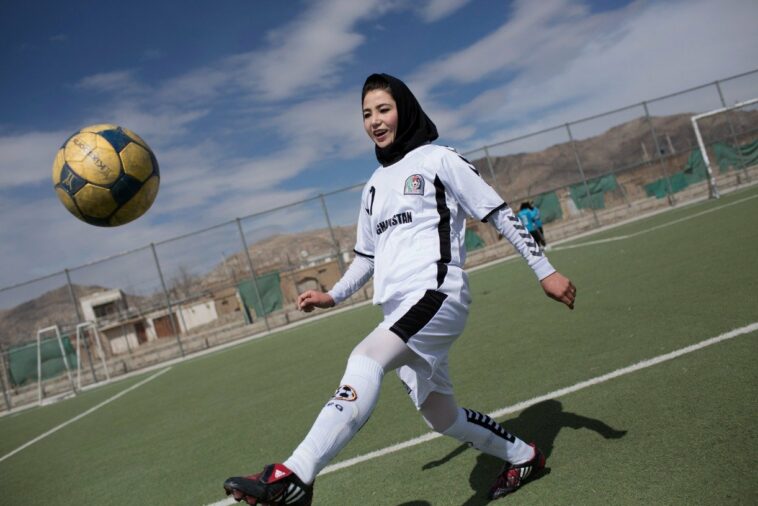 The Taliban is showing its true colors by focusing its efforts not on addressing the humanitarian disaster of their own making but on suppressing women.

Women’s sports will no longer exist in Afghanistan under the Taliban’s regime, according to the deputy head of the Taliban’s cultural commission. Ahmadullah Wasiq told an Australian reporter that it was “not necessary” that women play cricket or other sports. “In cricket, they might face a situation where their face and body will not be covered. Islam does not allow women to be seen like this,” he said. For the women who blazed the trail that led to the development of women’s sports that did not previously exist in Afghanistan, the announcement confirmed their fears about Taliban rule.

Afghanistan faces a growing economic crisis and a long uphill battle for international recognition. Yet, the Taliban is showing its true colors by focusing its efforts not on addressing the humanitarian disaster of their own making but on suppressing women.

The recent revelation of the Taliban’s acting cabinet contradicts the group’s attempt to distance itself from the reputation earned during their previous rule in the 1990s. Many of today’s leaders are the very same people who were in charge then.

The State Department responded by expressing concern that the acting government “consists exclusively of individuals who are members of the Taliban or their close associates and no women.” The lack of female representation is indeed concerning. But more disturbing are the brutal attacks on women already being committed by the Taliban. So, why is the Biden administration relatively silent about these incidents?

For Afghan women, the situation is rapidly deteriorating. Last week, the Taliban was accused of murdering a policewoman who was eight months pregnant. The resurrection of the notorious Ministry for Propagation of Virtue and Prevention of Vice is another ill-boding sign.

The Taliban has no desire to enforce the basic rights of women or even to see women participate in the public sphere at all. While explaining why women would no longer play cricket, Wasiq said, “It is the media era, and there will be photos and videos, and then people watch it. Islam and the Islamic Emirate [Afghanistan] do not allow women to play cricket or play the kind of sports where they get exposed…