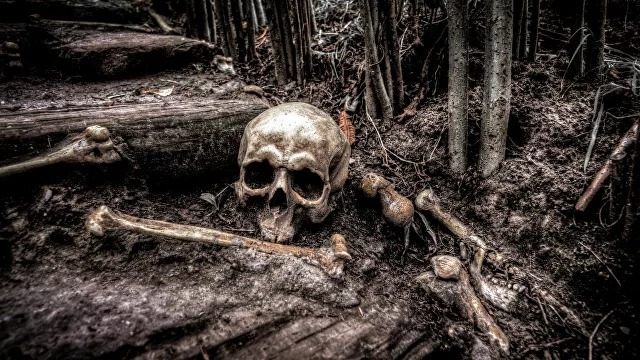 The woman was apparently being filmed by another person present at the scene.

A rather unusual scene was spotted this weekend in Hull, England where a woman dressed as a nun was seen “cavorting with a skeleton”, Hull Live reports.

According to the media outlet, this spectacle occurred at around noon on Saturday outside Hull General Cemetery, which has been closed since 1972.

The woman was reportedly clad in a “cream nun’s habit and coif headpiece”, and was seen “appearing to dance” with a “model human skeleton”, as well as playing with another skeleton of “what looked like a dog”.

“Literally, she was stood at the cemetery on Spring Bank West opposite the turn off for Hymers school. She was dancing with a skeleton,” an eyewitness said. “It was clearly attracting a lot of attention with people stopping to watch nearby and people in their cars looking!”

Another person was apparently…

Back to Top
Close
X
Twice widowed, now an IDP after an encounter with terrorists…Last PostHumAngle At the premises of a primary school in Shiroro Local Government Area (LGA) of Niger State, North-central Nigeria, there is a crowd of women a…

X
A cardiac patient died after he couldn’t get an ICU bed in 43 hospitals. H…Last PostCNNRay DeMonia wasn't seeking Covid-19 treatment when he arrived at an Alabama hospital with heart problems.But the 73-year-old became an indirect vic…