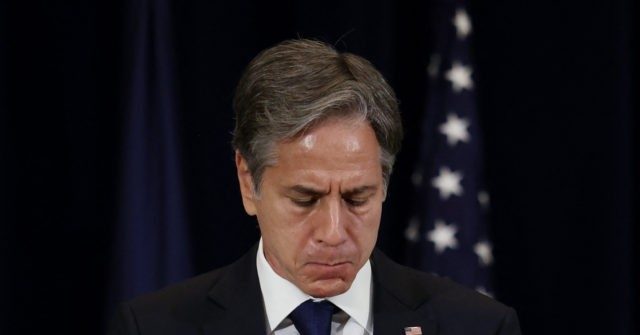 Blinken on Monday during a House hearing claimed that the Trump administration did not leave them a plan for withdrawing from Afghanistan.

“We inherited a deadline; we did not inherit a plan,” he said during a House Foreign Affairs Committee hearing, the first time the Biden administration has had to publicly face members of Congress on the botched Afghanistan withdrawal.

VERDICT: False. Former Trump Pentagon Chief of Staff Kash Patel has said on the record in an op-ed that he handed over the administration’s withdrawal plan to the Biden transition team.

“We handed our entire plan to the incoming Biden administration during the lengthy transition. The new team simply wasn’t interested,” Patel wrote in the New York Post on August 19, 2021.

I’m intimately familiar with former President Donald Trump’s Afghanistan strategy. In November 2020, I was named chief of staff at the Pentagon, where one of my primary responsibilities was to wind down the forever war in Afghanistan.

Trump instructed me to arrange a conditions-based, methodical exit plan that would preserve the national interest. The plan ended up being fairly simple: The Afghan government and the Taliban were both told they would face the full force of the US military if they caused any harm to Americans or American interests in Afghanistan.

Next, both parties would negotiate to create an interim-joint government, and both sides had to repudiate al Qaeda. Lastly, a small special-operations force would be stationed in the country to take direct action against any terrorist threats that arose. When all those conditions were met — along with other cascading conditions — then a withdrawal could, and did, begin.

Back to Top
Close
X
VIDEO: Properties, Businesses Destroyed As Tanker Explodes In Yola…In the NewsHeadlines – Channels Television ﻿ No fewer than 30 business centres and shops were razed on Monday morning following a tanker explosion in Yola, Adama…