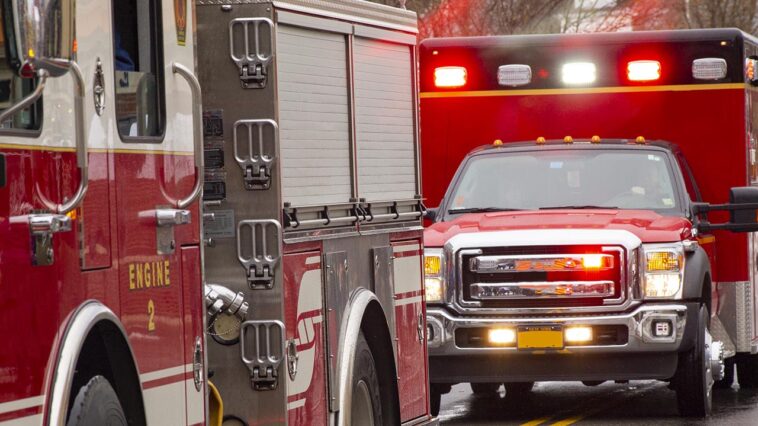 A 13-year-old boy is being heralded as a hero after he rescued his four sisters from a fire that destroyed the family’s Wisconsin home before his dog helped usher him out of the house.

“My sister said it was really smoky and we looked behind us, and the playpen was on fire,” recounted Briar Omar, 13, according to WCCO.

The fire broke out last Monday when the children’s parents went out to grab dinner for the family, and Briar Omar sprung into action to rescue his four younger sisters, who are as young as six-months-old.

“My sisters, that was the first thing I thought of, and I just knew I needed to get them out of the house,” he said.

The 13-year-old boy was able to get his four sisters out of the house as the fire spread, and then went back in to try to put out the flames with a fire extinguisher. But the family’s dog, Mandy, soon ushered Briar Omar out of the house, as well.

“It went up in bigger flames, and I just couldn’t breathe. I couldn’t see. I almost collapsed, and then, that’s when I felt my dog rub against me. I grabbed her, and she led me out the door,” the 13-year-old said.

Briar Omar and Mandy made it out of the home just as his parents made it to the driveway.

“Until you physically saw every single child, it was just terrifying,” Kelly Omar recounted.

“We’re just so thankful that every single one of them made it out, so if it wasn’t for my son, I don’t know where I’d be,” Kelly Omar said.

The house was completely…

Back to Top
Close
X
Nigeria deports Beninese woman based in Kwara, impregnated by son…Last PostFati Sime, a Benin Republic woman immigrant, who bore three children for her son, Adamu, has been repatriated. It had been reported how operative…