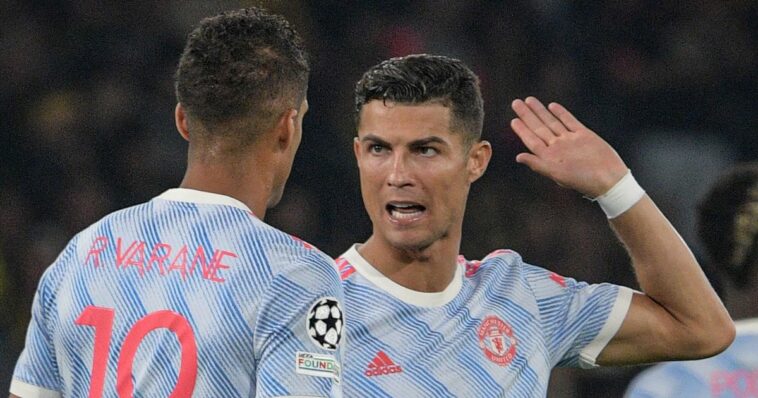 Cristiano Ronaldo continued his brilliant start to life in Manchester, but Young Boys made sure to spoil his Champions homecoming for United.

The 36-year-old made it three goals from two games since re-joining the Old Trafford side as he opened the scoring with an instinctive finish, but the Swiss side secured a comeback after Aaron-Wan Bissaka was sent off as it finished 2-1.

It was a perfect start for United after Ronaldo put the visitors in front, but the right-back’s lunge meant they had to defend their lead from that point on.

Young Boys eventually got on level terms in the second half and then seal all three points after an error from Jesse Lingard.

Here are the talking points from tonight’s Champions League clash.

Everything Cristiano Ronaldo touches turns to gold as he continued his hot start in a Man Utd shirt against Young Boys.

He followed his brace on his second debut for the club at the weekend against Newcastle with another goal tonight.

And he showed first-class anticipation and movement, like with his two Magpies strikes, to put United in front.

Bruno Fernandes played an exquisite ball with the outside of his right boot to find his compatriot as Ronaldo squeezed his effort under the keeper to make it 16 consecutive seasons he has scored in the Champions League.

The 36-year-old is already making a huge difference for the Red Devils and any criticism of his signing is now looking extremely silly.

United were in a great position after their early goal, but Aaron Wan-Bissaka’s high challenge changed all that.

The right-back was correctly shown a red card for the tackle as he caught the player on the ankle and all of sudden, the game had a different outlook.

Young Boys took the initiative from that point on as they would complete the comeback. A huge turning point.

It was Sancho who was the unlucky player that had to be taken off to accommodate Wan-Bissaka’s sending off.

And it won’t have done his confidence any good after a difficult start to his United career.

He started on the right-hand side to start tonight’s match, but the change didn’t really work as he was wasteful in the final third. He was having a poor game up until the red card so it made sense he was the one who was hooked.

Martin Keown was on commentary on the game for BT Sport and reckons the decision could hurt his confidence.

He said: “Sancho’s confidence won’t be any better after being dragged off in that manner…

Back to Top
Close
X
Round-up: Sevilla and RB Salzburg on the spot as four first-half penalties lead to ill-disciplined d…BundesligaEurosportSevilla clung on to an opening Champions League draw as RB Salzburg were made to pay for their profligacy from the penalty spot.Four penaltie…