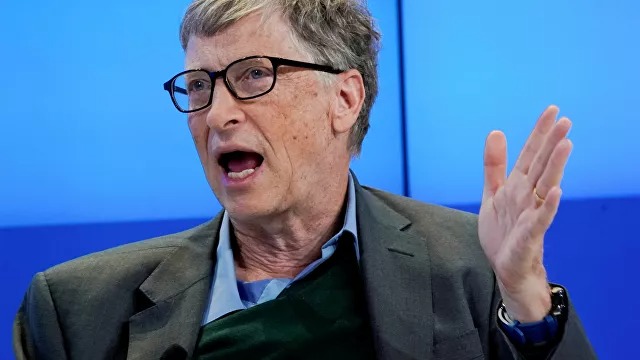 Microsoft co-founder Bill Gates warned in a TED talk in 2015 that “if anything kills over 10 million people in the next few decades, it’s most likely to be a highly infectious virus rather than a war… Not missiles, but microbes.”

Not enough is being done to prepare for a future pandemic, warned a new report from the Bill & Melinda Gates Foundation.

Known as the Annual Goalkeepers Report, it urged world leaders to commit to long-term investments required to develop and manufacture vaccines and enhance public health infrastructure, particularly in low-income countries.

Nations are called upon to reduce vaccine and resource inequalities between high and low income nations.

“It seems obvious that in a globalized world, where people and goods move constantly across borders, it’s insufficient for rich countries to be the only ones with the equipment and resources to sequence viruses,” the report stated.

31 million more people around the world have been pushed into extreme poverty by the ongoing health crisis, states the document. While it hailed the heartening fact that some economies were beginning to recover, a warning was issued over variants of the disease threatening to undermine the vaccination progress achieved.

COVID-19 vaccine inequities are lambasted as a “profound moral outrage” in the report, as it warns that high-income countries and communities are in danger of regarding the pandemic as another “epidemic of poverty” that is “not our problem.” As a glaring example, it is stated that in California, 42 million doses of coronavirus vaccine had been administered, as compared to 48 million doses in all of Africa. The report also deplored the fact that global rates for routine childhood vaccinations, such as those for malaria, plummeted in 2020 by 7 percent.

The report writes that the COVID-19 pandemic has brought into focus the stark disparities and health inequities “as old as the health systems themselves”. The methods relied upon to deal with the pandemic are similar to fighting other infectious diseases like malaria and polio, said the report, urging “the use of widespread testing and when possible, fast and effective treatment and lifesaving immunisation.”

This comes as back in 2015, Microsoft co-founder Bill Gates warned of the threat of a global pandemic in a TED talk. The billionaire philanthropist recalled the 2014 Ebola virus crisis that had gripped Western Africa and said the US and other countries had not invested enough in a system to face the challenge of a future pandemic.

“If anything kills over…