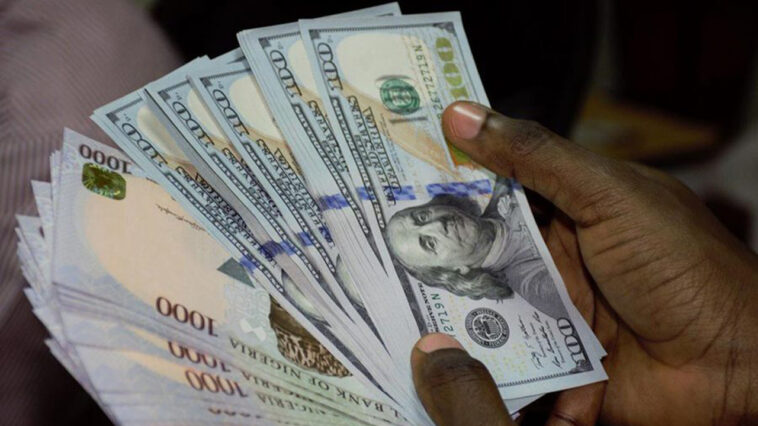 It was a gloomy start of a new week for the local currency, yesterday, as it fell to N550/$ at the parallel market to record another new low amid rising speculative trading.

The market opened at N445/$. It closed on Friday after a weeklong speculative trading and head-scratching tumble. The 550/$ is considered a major psychological barrier to a continuous fall against the greenback that could plunge further to N600/$.

On the first trading business day of the week, the dollar broke that ceiling and sold as high as N553/$ in some market clusters in Lagos. The pound sterling also closed at about N750/£, the highest against the naira, at the black market.

Naira also lost 0.18 per cent to close at 412.75/$ at the investors’ and exporters’ (I & E) window. It was also a new low for the local currency at the official segment, which is also known as the National Autonomous Foreign Exchange (NAFEX) window.

Checks also show that the general perception of the stability of naira, as suggested by the OTC-FX-Futures, is also ebbing.

The Guardian reported last week that the days ahead could be bumpy for naira as traders ran out of supply and resorted to hoarding the little they had.

The traders, it was learnt, were mopping up the market, a situation that turned the segment into a sellers’ market.

“If the speculative tendency continues into next week, traders said, the troubled naira could hit a new low of N600/$. Supply shock continues to increase, and the dollar only needs to break the N550/$ psychological barrier to head towards N600/$,” The Guardian reported.

The naira managed to stay below N500/$ since 2017, the first time it exceeded that market in a temporary crisis that was addressed through a combination of monetary and fiscal intervention.

The Guardian also reported, last week, that the deposit money banks (DMBs), which have been handed the sole responsibility of retail FX sale through personal/business travel allowance (PBTA) transactions, after the ousting of bureau de change (BDC) operators, have resorted to rent seeking.

Last Friday, the apex bank cautioned against FX ‘malpractices’. It warned: “FX operating licence of any bank or banks that are found culpable with the ongoing investigation would be suspended for at least one year.”

On the heels of the rising currency crisis…