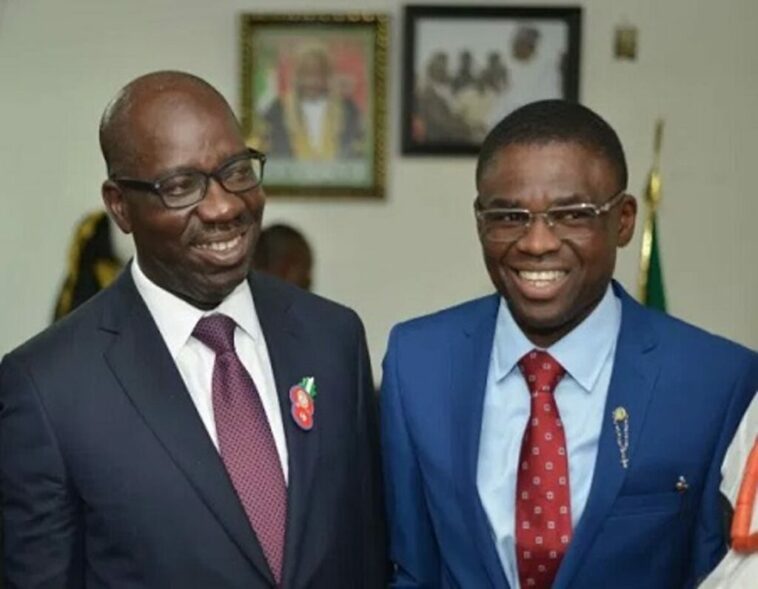 Philip Shaibu, the Deputy Governor of Edo State, has declared his loyalty to the state Governor, Godwin Obaseki.

Shaibu spoke while refuting reports of a rift with Obaseki and plot to dump the Peoples Democratic Party, PDP.

Some reports had said the deputy governor had concluded plans to defect from PDP to an undisclosed party.

The reports claimed that Shaibu allegedly took the decision after a series of consultative meetings.

However, the deputy governor, while appearing on Channels Television, dismissed the reports…