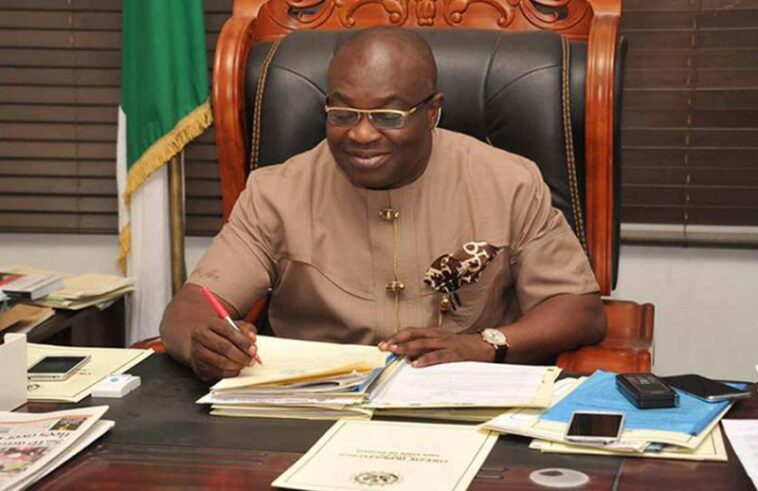 AN analysis of the 2020 Report of Accountant General with Financial Statements of the Abia State Government has exposed questionable extra-budgetary expenditures in the Office of the governor, deputy governor, ministries of environment and solid minerals and the state’s environmental protection agency. Checks into the report also uncovered illegal loan procurement above N11bn by the Abia State Government. The total extra spending by these four offices exceeds N14bn.

N1.4bn Spent on Vehicles in one year

The accountant general’s report reveals that the Governor’s Office purchased an unspecified number and undisclosed brands of vehicles for Government House and Ministries, Departments and Agencies, MDAs, for N1.4bn in 2020, the year of the COVID-19 pandemic outbreak.

In the breakdown, tagged “Purchase of motor vehicles for Government House and MDAs”, the report showed that N1.2bn was spent on the item instead of N231m appropriated in the revised budget. Thus, the Governor Office spent extra N969m vehicles without appropriation or approval by the state legislature.

Although N10m was approved for acquiring capital assets (purchase of vehicles and other capital assets)in the Governor’s Office, the office ended up spending an extra N24.2m on the same item without due appropriation.
In a separate expenditure, the state government claimed it spent N206m to purchase buses for government and other MDAs when only N154m was the approved sum, meaning that N52m was spent above the budget ceiling. The quantity and brand of these buses bought are vague, leaving little room for accountability.
Efforts to know the brand, quantity of the vehicles purchased and how much was expended on each; invoice on the procurement; list of bidders for the procurement of the motor vehicles; contract approval letter for the procurement of the motor vehicles and names of benefitting MDAs and quantity given to each MDAs, through a Freedom of Information Act (FOIA) request to the offices of the governor, Commissioner for Finance, and Accountant General were unsuccessful as they did not respond to the application

These three offices could not explain and provide evidence on how the money for the items was spent despite repeated attempts.

For instance, this newspaper twice paid a visit to the Commissioner for Finance, Aham Uko, on August 17 and 30 but was told he was not available. He also did not respond to calls and text messages to his know phone number.

Findings showed that the amount spent on these items is three times higher than what was spent in the preceding fiscal year. In 2019, a total of N413m was spent on these same items. This is slightly higher than the N395m that was budgeted in the 2020 revised budget. In the 2021 Appropriation Act, the state government budgeted N1.8bn for the purchase of vehicles..

Back to Top
Close
X
The Moon is ‘not what you’ve been told’ but a ‘facade’ hiding secrets,…RifsDaily Star It's inspired films, songs, and countless dating profiles - but the Moon might not be what we think it is. At least that's according to a w…