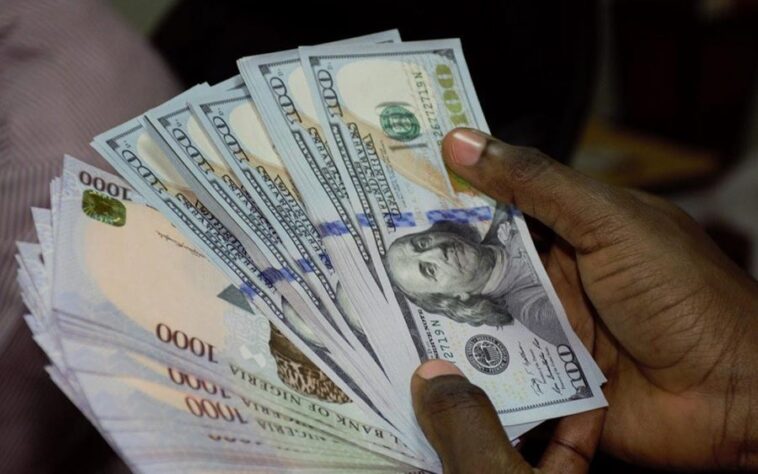 The naira on Monday suffered a major setback, losing  N5 to close at N550 to dollar at the parallel market.

The currency has been under pressure for nearly two weeks, losing significantly at the official and parallel markets due to scarcity of dollars under a very high demand from manufacturers and foreign exchange end users.

The naira exchanges at N410.51 to dollar at the official market. The N139.49 rate disparity between the official and parallel  market rates has led to massive hoarding of scarce dollars and abuse of Central Bank of Nigeria (CBN) guidelines on foreign exchange  trading.

The fall in the naira rate to this new low has been linked to dollar scarcity and forex speculators hoarding the available greenback to maximise profit.

In emailed guide to investors, the Managing Director, Financial Derivatives Company Limited, Bismarck Rewane,  said delaying of the multiple exchange rate system which had bedeviled the economy had been a subject of controversy for a long period.

“Now that it appears settled we should expect a crawling peg method and an increase in forex supply to ensure equilibrium in the market. That notwithstanding, the CBN’s attempt to mop up excess liquidity could serve as a temporary antidote to consumer price inflation which still remains stubbornly high (18.12 per cent),” Rewanne, an economist, said.

Back to Top
Close
X
VAT bill scales second reading at Ogun assemblyLatest NewsPeople's GazetteA bill for a law to impose and charge Value Added Tax (VAT) on certain goods and services, provide for administration of the tax and f…