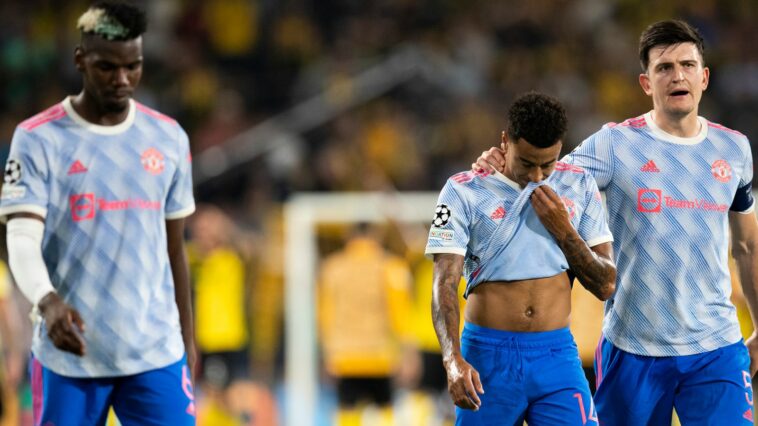 Cristiano Ronaldo scored again for Manchester United, but they were beaten 2-1 late on by Young Boys in their Champions League opener after Aaron Wan-Bissaka’s red card.

Despite playing with 10 men 55 minutes, it looked like a solid defensive display would see United come away with a point.

But a late error from Jesse Lingard allowed Jordan Pefok (90+5) to slot home the winner with the final kick of the game.

Man Utd had been heavy favourites heading into the game, and made the perfect start as Ronaldo – who went level with Iker Casillas on all-time Champions League appearances (177) – slotted through David Von Ballmoos’ legs inside 13 minutes.

But the complexion of the match-up was changed in the 35th minute as Wan-Bissaka was shown a straight red for a heavy and clumsy challenge on Christopher Martins.

Sensing an opportunity and buoyed by a passionate home crowd, Young Boys pressed and probed for the leveller and made the breakthrough midway through the second half. Moumi Ngamaleu (66) poked the ball past David de Gea, before Pefok scored a late second following continuous pressure from the hosts.

Back to Top
Close
X
6 talking points as Lingard error cost Man Utd in Champions League opener…Champions LeagueMirrorCristiano Ronaldo continued his brilliant start to life in Manchester, but Young Boys made sure to spoil his Champions homecoming for United.The…