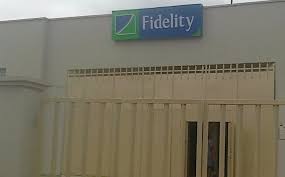 Christabel Mudiaga, a cleric, has accused Fidelity Bank of debiting her account with N442,723.95 despite not starting any transaction.

On August 8, 2021, she checked her Fidelity Bank app to know the exact amount in her account but was surprised to find it empty.

“It shocked me to see zero balance in place of N442,000. So I logged out of the app and logged in again, but my main balance was zero. I called Fidelity Bank,” she said.

However, a representative told her she had paid for a product via her ATM card on the Flutterwave online platform on August 5, 2021.

“I did not buy that excuse. My account is a corporate account. By Fidelity Bank law, before I can use my ATM card for any online transaction, I have to notify them, through a letterhead, that I want my card activated for online transactions. So I disagreed with what they told me and ordered the call representative to block the account,” she said.

“I asked how it was possible for a card that was yet to be activated for online transactions to be used to purchase something on the internet, but I did not get an answer. If I had made the purchase myself, would I not have got a onetime password? The representative said there was a lien on my account. It got me upset because it meant that I no longer owned the money in my account.”

Although she received a credit alert of N5,000 in her email on August 5, Fidelity Bank did not alert her via the same email that she was being debited many times until the entire N442,723 left in her account was used to make payments online.

On Monday, August 9, she wrote to a Fidelity Bank branch in Gwagwalada, asking them to remove the lien on her account as she did not start any transaction. By 2:30 pm on the same day, she received debit alerts for N342,400. This means that only a part of the transaction was yet successful.

“I had to go to the bank again to tell them to block the account. By that time, I was yet to receive a debit for N100,000. So I told them to block it as that would ensure that the transaction failed at the end of whoever started it and Flutterwave, but they did nothing about it,” Mudiaga explained.

On August 10, 2021, Mudiaga’s lawyer sent a letter to Fidelity Bank, and they acknowledged it. She said the bank told her that the remaining N100,000 might be reverted. But she would get a debit alert soon.

“On August 31, Fidelity Bank debited my account with the sum of N100,000. This was when I could not take it again. I called them angrily, but they said they were investigating the issue. They replied to my mail and gave me a tracking number. My lawyer wrote to them, saying he would sue but, till now, there is no response.

“When I contacted a friend who works for Fidelity, she told me to ask my branch why it placed a lien on my account, as an individual could not have placed a lien on the account. But right now, I do not even know what to do,” she said.

FIJ emailed Fidelity Bank, but several days later, they have not sent a response.

This article originally appeared in Foundation for Investigative Journalism

Back to Top
Close
X
Book describes General Milley as hero who saved US from Trump, but actually shows him colluding with…RifsBy Nebojsa Malic An upcoming book by two Washington Post writers, just leaked to the corporate press, seeks to paint General Mark Milley as a hero of …

Christabel Mudiaga did not initiate any transaction, but Fidelity Bank debited her with N442,000