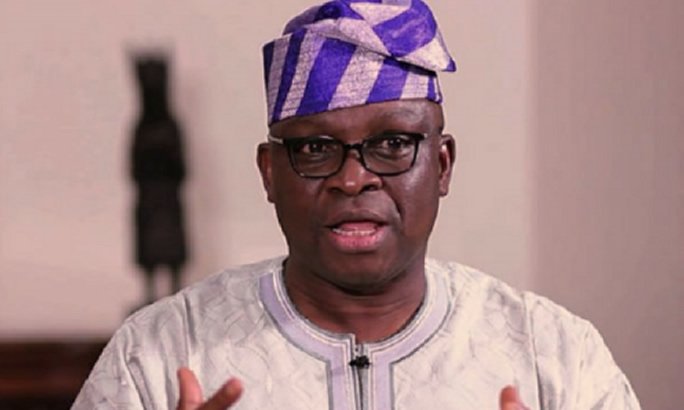 STRONG indications emerged on Tuesday that a former governor of Ekiti State, Mr Ayo Fayose, is being prodded by some leaders in the Peoples Democratic Party, to join the race for the party’s national chairmanship.

An aide to the governor who spoke on condition of anonymity stated that the party’s chieftains who is a member of the northern caucus visited the Lagos residence of the ex-governor twice within two weeks to persuade him. He, however, didn’t give details about the matter.

The South-West PDP appears to be bracing up to produce the party’s national chairman which it hasn’t occupied since the establishment of the party.

The zone is now more determined following the bickering between the Rivers State governor, Nyesom Wike, and the embattled chairman of the party, Prince Uche Secondus, who the former supported into office.

The term of the Secondus-led National Working Committee officially ends in December, 2019.

When contacted, Fayose neither confirmed nor denied the development. He insisted that the position had yet to be zoned to the South-West.

Fayose said, “The position has yet been zoned to the South-West. Even if it’s zoned, for the benefits of our people in the South-West, we have to do due diligence. It’s not about contesting but making a success of the office.

Back to Top
Close
X
COVID-19 live updates: US forecast to surpass 1918 pandemic death toll in 2 weeks…COVID19ABCRegeneron lands $2.94B deal with US government for more monoclonal antibodiesRegeneron has reached a $2.94 billion agreement with the federal gover…