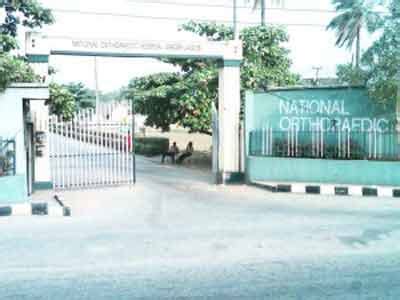 Monsurat Ojuade, the 18-year-old resident of Mogaji street, Surulere area of Lagos, shot by a Lagos police officer, was rejected at the National Orthopaedic Hospital, Igbobi — not Randle General Hospital as initially claimed by family members of the deceased.

Monsurat was confirmed dead at Havana Specialist Hospital on Saturday after bleeding profusely as a result of a close-range shot by trigger-happy cops.

Based on the accounts of an eyewitness and member of the deceased’s family, FIJ had first reported that Randle General Hospital failed to admit the dying patient because “resident doctors were on strike”.

“With the way the bullets hit her thighs, Randle said they couldn’t do more than give first aid to reduce the bleeding,” he said.

“We spent about one hour there and were later transferred to Igbobi. Unfortunately, they rejected her at Igbobi on the account that their doctors were on strike. They directed us to the Military Hospital in Yaba.

“One of my neighbours later thought we could take my daughter to Havana Hospital, since he was registered there. My daughter was confirmed dead upon our arrival at my neighbour’s hospital.”

READ ALSO: Lady Shot by Lagos Police in Her Parents’ House is Dead

Madewa Adebayo, the Medical Director of Randle, told FIJ that the claim of doctors’ strike was wrong.

“You have done the right thing by coming here to find out what exactly happened,” he said when FIJ visited the hospital on Monday.

“This is a general hospital and we don’t have resident doctors like the Lagos University Teaching Hospital (LUTH), Igbobi Hospital, and some others.”

When FIJ contacted Igbekun Ethel, President, National Association of Resident Doctors (NARD), Igbobi branch, she said she was not aware of the issue and, therefore, could not make any comment.

Back to Top
Close
X
‘How Italian police arrested my husband on false charges’…More News  Nigeria Abroad IR: I have decided to come out and tell my story too after I read the story of my ‘sister’, Mrs Wendy Igwema, whose husband was …

Given first aid by Randle, rejected by Igbobi — How lady shot by Lagos police died