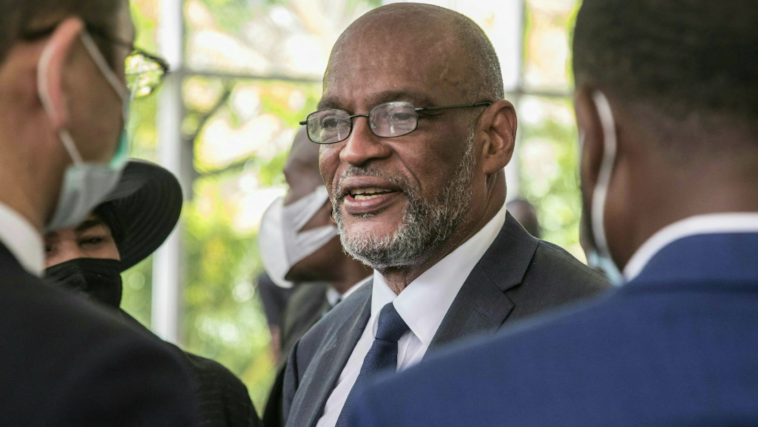 By Caitlin Hu and Etant Dupain

Haitian Prime Minister Ariel Henry has ordered the firing of the country’s top prosecutor, who was investigating the assassination of the late President Jovenel Moise, a spokesman for the Prime Minister said Tuesday.

Port-au-Prince’s chief prosecutor, Bed-Ford Claude, had been seeking charges against Henry in connection with the killing, telling CNN on Tuesday that he was discussing the possible charges with a judge. He also instructed the country’s immigration authority to bar the Prime Minister from leaving the country.

Moise was brutally killed during an attack on his private residence on July 7. The ongoing investigation into his killing has turned up dozens of suspects, including US and Colombian citizens, but government officials continue to hunt for a mastermind and motive.

Last week, Claude invited Henry to testify about the case, citing evidence that a key suspect in the assassination called him in the hours after the murder.

Henry did not respond to multiple requests by CNN for comment. His spokesman, who declined to comment about the order, told CNN that Henry did not attend the court hearing this morning where he was scheduled to testify.

On Tuesday evening, the Prime Minister ordered that Claude be replaced, according to press officer Glaphyra Tracy Civil Chery. In a tweet, the prime minister’s office later announced that Frantz Louis Juste had been installed as Port-au-Prince’s new interim top prosecutor.

However, it is unclear whether the Prime Minister has the power to ultimately force Claude out of his post. Legal experts and former government officials argue that only the Justice Minister can fire the prosecutor.

Neither Justice Minister Rockfeller Vincent nor Claude himself responded to requests for comment.

In a series of tweets Saturday, Henry had referenced the case, writing, “I want to tell those who still have not understood, that the diversionary tactics to seed confusion and impede justice from doing its work serenely will not stand.”

“The true culprits, the intellectual authors and those who ordered the odious assassination of President Jovenel Moise will be identified, brought to justice and punished for their crime,” he also wrote.

Moise’s death prompted a weeks-long standoff over succession in the country’s leadership between the recently nominated Henry — a neurologist by training — and then-acting Prime Minister Claude Joseph, before Henry ultimately took power.

X
Joe Biden mocked after calling Australian PM ‘that fellow down under’…Breaking News 2The apparent slip-up came during the announcement of the new AUKUS military alliance among the US, Australia, and Britain to share advanced military t…