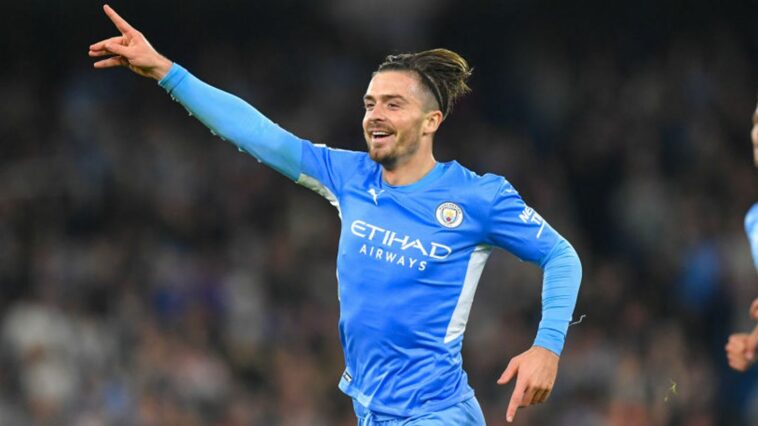 Jack Grealish marked his Champions League debut with a goal and an assist as Manchester City beat RB Leipzig 6-3 in an entertaining encounter.

Pep Guardiola’s side made the perfect start to their Group A campaign as Grealish crossed for Nathan Ake to head home (16) before Nordi Mukiele scored an own goal (28) from a superb Kevin De Bruyne centre.

Christopher Nkunku, who netted a hat-trick on the night, scored the first of his three just before the break (42) but a Riyad Mahrez penalty (45+1) restored the two-goal cushion. Nkunku headed home (51) to make things interesting but a spectacular Grealish finish five minutes later kept Leipzig at arm’s length.

The Germans, who have lost three of their four Bundesliga matches this season, kept attacking in brave fashion and Nkunku fired home his hat-trick to bring them back within one goal.

There was no panic from City though as Joao Cancelo curled home a beautiful effort just 82 seconds later. Former City left-back Angelino was dismissed with 11 minutes left and Gabriel Jesus put further gloss to the scoreline (85).