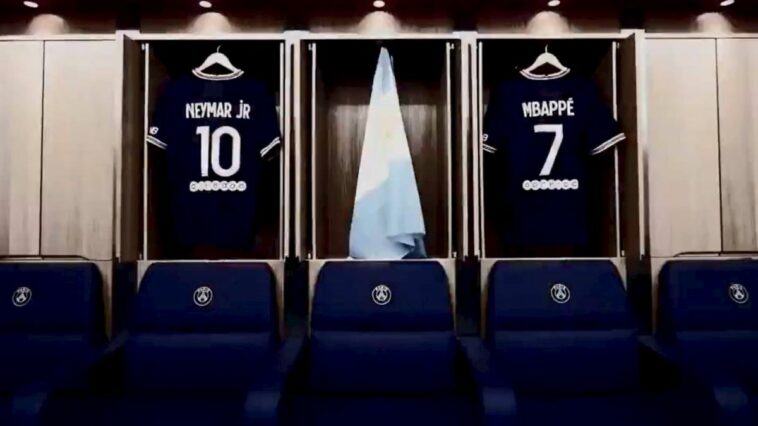 According to L’Équipe, Kylian Mbappé, Leo Messi and Neymar are set to play together for the first time when PSG visit Club Brugge in the Champions League.

PSG manager Mauricio Pochettino is set to unleash his attacking trio of Kylian Mbappé, Neymar and Leo Messi for the first time against Club Brugge in the Champions League, a competition that will define the Parisians’ season with the signing of the Argentina captain placing the pressure on Pochettino to deliver Europe’s premier club competition for the first time in the Ligue 1 side’s history.

Messi, Neymar and Mbappé are expected to be included in Pochettino’s squad for the trip to the Jan Breydel Stadium and according to L’Equipe, the trio could start from the outset against the Belgian outfit

The attacking line’s eagerly anticipated PSG debut has yet to come to pass after Messi’s arrival, with the Argentinean being eased into action at his new club. Messi eventually made his debut against Reims, but in replacing Neymar deprived PSG fans of their first glimpse of the MNM in action together. In Bruges, it is expected with all three fit and available, Pochettino will finally throw all three into action at the same time against a side that conceded eight times in two games before the international break before recording a 3-0 victory over Oostende at the weekend.

What remains to be seen is how Pochettino will deploy his enviable attacking assets. Against Reims, Messi played behind Mbappé in a 4-2-3-1, which has been Pochettino’s most-used formation so far this season. The PSG boss also favours a 4-3-3, which would seen Messi on the right, Mbappé as the reference point in the middle and Neymar on the left. That would allow Pochettino to use three midfielders behind to compensate for the lack of defensive work the front three contribute.

Another option on the basis that Pochettino is unlikely to ask too much of Messi, Neymar and Mbappé in terms of tracking back is for PSG to switch to a 3-5-2 with Achraf and Nuno Mendes playing as wing-backs. In the absence of Marco Verratti and Idrissa Gueye in midfield and Ángel di María to provide width in attack, that is a possibility Pochettino is likely running an eye over on the training ground.

Back to Top
Close
X
I cannot complain about the attitude, but there is a difference in quality – Koeman after 0-3 …Champions LeagueAdmitted Bayern Munich were superior at the Camp Nou By C. NAVARRO Adapted by PANOS KOSTOPOULOS Ronald Koeman expressed his confidence that Barcelona …

X
Liverpool 3-2 AC Milan: Reds come from behind on dramatic opening night to claim…Champions LeagueSky SportsJordan Henderson's superb finish gave Liverpool a 3-2 victory from behind over AC Milan in a thrilling opening-night clash in Champions Leag…