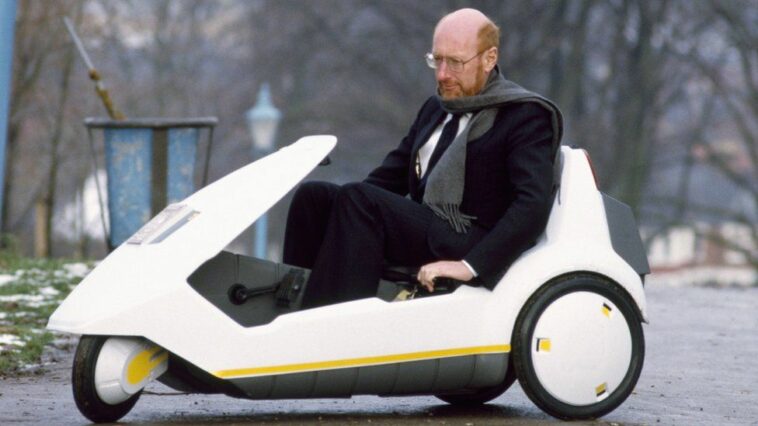 Sir Clive Sinclair, the inventor and entrepreneur who was instrumental in bringing home computers to the masses, has died at the age of 81.

His daughter, Belinda, said he died at home in London on Thursday morning after a long illness. Sinclair invented the pocket calculator but was best known for popularising the home computer, bringing it to British high-street stores at relatively affordable prices.

Many modern-day titans of the games industry got their start on one of his ZX models. For a certain generation of gamer, the computer of choice was either the ZX Spectrum 48K or its rival, the Commodore 64.

Elon Musk, the Tesla and SpaceX chief, commented on Twitter on an article calling Sir Clive the father of the ZX Spectrum: “RIP, Sir Sinclair. I loved that computer.”

Belinda Sinclair, 57, told the Guardian: “He was a rather amazing person. Of course, he was so clever and he was always interested in everything. My daughter and her husband are engineers so he’d be chatting engineering with them.”

He left school at 17 and worked for four years as a technical journalist to raise funds to found Sinclair Radionics.

In the early 1970s he designed a series of calculators designed to be small and light enough to fit in the pocket at a time when most existing models were the size of an old-fashioned shop till. “He wanted to make things small and cheap so people could access them,” his daughter said.

His first home computer, the ZX80, named after the year it appeared, revolutionised the market, although it was a far cry from today’s models. At £79.95 in kit form and £99.95 assembled, it was about one-fifth of the price of other home computers at the time. It sold 50,000, units while its successor, the ZX81, which replaced it, cost £69.95 and sold 250,000. Many games industry veterans got their start typing programs into its touch-based keyboard and became hooked on games such as as 3D Monster Maze and Mazogs. The ZX80 and ZX81 made him very rich: in 2010 Sinclair told the Guardian: “Within two or three years, we made £14m profit in a year…

Back to Top
Close
X
CBN Governor shatters BDC operators’ hope of ban reversal…Latest NewsNairametricsThe Governor of the Central Bank of Nigeria has stated that the only rate he recognises is the I&E window rate, citing that the black …

X
Google, Apple accused of 'Political Censorship' after removing Voting Ap…Daily MailThe Epoch TimesApple and Google removed a tactical voting app from its online store on Friday that was linked to Kremlin critic and jailed opposition …