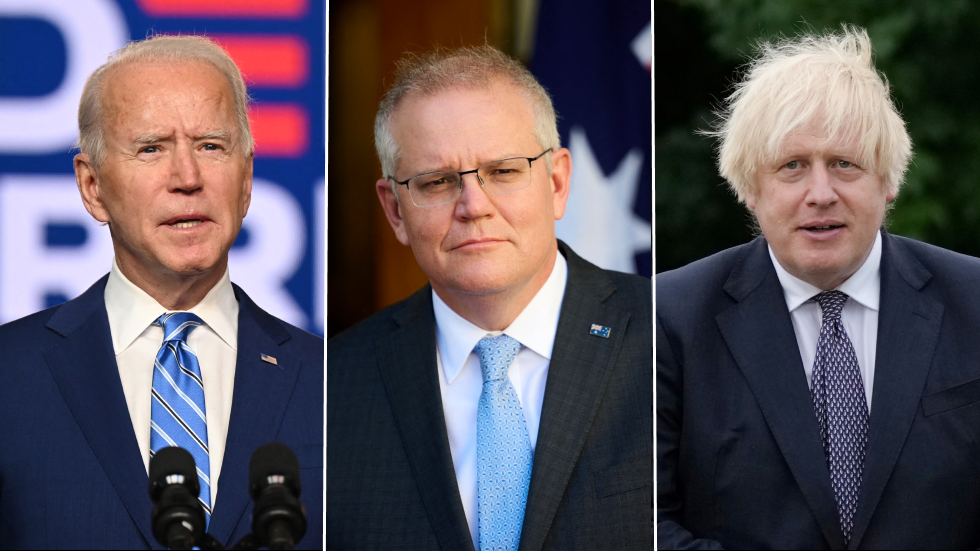 In its growing confrontation with China, a ruthless Washington has demonstrated that what matters to it now is not Europe, but the Indo-Pacific region. This is where the new Cold War is to be fought.

Chief amongst the headlines from this was the announcement that the US would now share its nuclear-powered submarine technology with Australia. The goal of this is to intensify attempts to contain China militarily, even though the three countries did not say it directly. However, the submarine pact involved Canberra abruptly scrapping a $43 billion deal with France to build 12 such submarines, a move which provoked outrage from senior officials in Paris, who effectively accused the US of betrayal.

The whole saga blows a hole in Biden’s bid to try and rebuild transatlantic ties with Europe, with French Foreign Minister Jean-Yves Le Drian stating: “This unilateral, brutal, unpredictable decision is very similar to what Mr. Trump was doing.”

This news is unsettling for Beijing and intensifies the existing arms race in the Pacific region, where tensions are already bubbling. Partially motivated by Scott Morrison’s election pledge and his thirst to double down on disputes with China for his own political gain, it also arguably pushes Australia’s relationship with China to the brink of no-return, which may have immense consequences.

But what is the broader significance of all this? It’s both win and lose for Beijing in that the Biden administration has now formally staked its hand on which allies truly matter, and which ones do not, in the emerging ‘Cold War’ with China. It is a ‘game, set and match’ situation for Indo-Pacific-facing nations, with Europe left on the outside.

Washington’s foreign diplomacy makes it obvious that the primary instrument of taking on Beijing will be Australia, Japan and India as part of the so-called “Quad” (which is to meet soon), and the United Kingdom, with its self-declared Indo-Pacific mantra, despite being more pragmatic in its opposition to China than the others.

Whilst there has been a long-held obsession in Washington of getting Europe to ‘take a side’, as well as repeated comparisons to the old Cold War, the geographical considerations mean this is not a European situation, but an Indo-Pacific one. As a result, EU nations should not be surprised at all that the US has so outrageously cheated them in the pursuit of its geopolitical aims and profits for its own military industrial complex. It will be interesting to see how France, and other Europeans react – will they stop kowtowing to the US on China?

When Biden came into office, he proclaimed that “America is back!” and vowed to rebuild ties with Europe. A misleading narrative had crystallized that everything that had gone wrong with EU-US ties in the previous four years had been the personal making of the erratic, dangerous and insufferable preceding president. Donald Trump did indeed wage an extraordinary level of provocations against the EU, including attacks over trade, an escalation of the Boeing-Airbus row, opposition to European market policies, and attacks on their contributions to NATO, demanding they fund their security themselves. The mistake which European commentators and politicians made was assuming that this ‘America First’ attitude was just a phase – and thus the departure of Trump for Biden would automatically see things would return to ‘normal’.

Biden himself initially orchestrated that message and pushed hard to get Europe to become more compliant on his vision against China, bigging up trans-Atlanticism. Sure enough, he got some initial results. Only weeks before he took office, the EU and China had sealed a deal in principle on a “comprehensive investment agreement” (CAI), a lucrative deal which would give European firms better access to China’s markets than what the US currently had.

The US scathingly opposed this in the name of “transatlantic solidarity,” with Jake Sullivan posting an infamous tweet seeking early consultations with Europe on “on our common concerns about China’s economic practices.” The US persuaded the EU into coordinating sanctions on Chinese officials over Xinjiang, which provoked a response from Beijing, and in turn led to EU parliamentarians freezing the CAI deal in protest.

What happened? Simply that the US sabotaged Europe’s interests in pursuit of its own. The EU perhaps assumed the fallout would mend broken ties with the US, but it did not. Why? Because the problem wasn’t simply Trump, it is in America in general. It sees Europe as a useful tool to do its bidding, but otherwise does not respect its interests, and even less so now that the onus is now on the Indo-Pacific.

The strategic mistake Europe made here was that it believed the US would actively work with them on China (despite disagreements) and failed to see the writing on the wall that, having sought to downgrade tensions with Russia, the US actually no longer seen the continent as a priority and has pivoted wholesale to its Indo-Pacific playbook.

Trump’s downplaying of NATO was not simply down to his own erratic nature, but an expression that US strategic interests were shifting and it would no longer be focusing on Europe, therefore France, Germany et al “ought to pay their own way.”

However, the obsession with Trump’s flawed personality masked this shift, as did Biden’s early charm offensive. Now the submarine development is the rude awakening that everything has changed, and that the US now sees the ‘Quad’ as its most important partners, as well as its ‘special relationship’ with Britain.

Europe is no longer strategically relevant to the US in the way it was for decades, not only with regards to Russia but also to the Middle East. This is a new era, and the new Cold War is not like the last one because the centre of gravity is not in Europe, it’s in Asia.

Yet there is a deeper precedent at work here. The US has always actively undermined the critical industries of European countries when it has seen fit to do so. As some notable examples, the US has co-opted European intelligence agencies to spy on their own countries’ defence programs to ensure that the US doesn’t miss out, such as what it did to Denmark and the Eurofighter program, or getting them to spy on the chancellor of Germany too, or engaging in industrial espionage against Berlin. The list goes on.

Europe seems to have a sense of delusion about what America is and failed to calculate what Biden’s real intentions were, mostly due to a distraction caused by the last president, which made them complacent about shifting US attitudes to Europe. But it has also repeatedly been unable to to recognise that Washington has a long history of bad faith behaviour towards the continent. America is not the “saviour” of Europe, and whilst the EU itself has been spoken of getting in on the ‘Indo-Pacific’ mantra too, the writing is on the wall for them as the US doesn’t see them as important and has relegated them, at best, to the substitute’s bench.

If France is serious about European ‘strategic autonomy’ it should invoke it now and stop kowtowing to the US agenda on China when it is plainly obvious that doing what Washington wants only benefits America at Europe’s expense. If the EU does not get itself together and resurrect the CAI deal with China in light of this, and beef up its own security capacities, then they are truly mugs.

Back to Top
Close
X
Joe Biden mocked after calling Australian PM ‘that fellow down under’…Breaking News 2The apparent slip-up came during the announcement of the new AUKUS military alliance among the US, Australia, and Britain to share advanced military t…