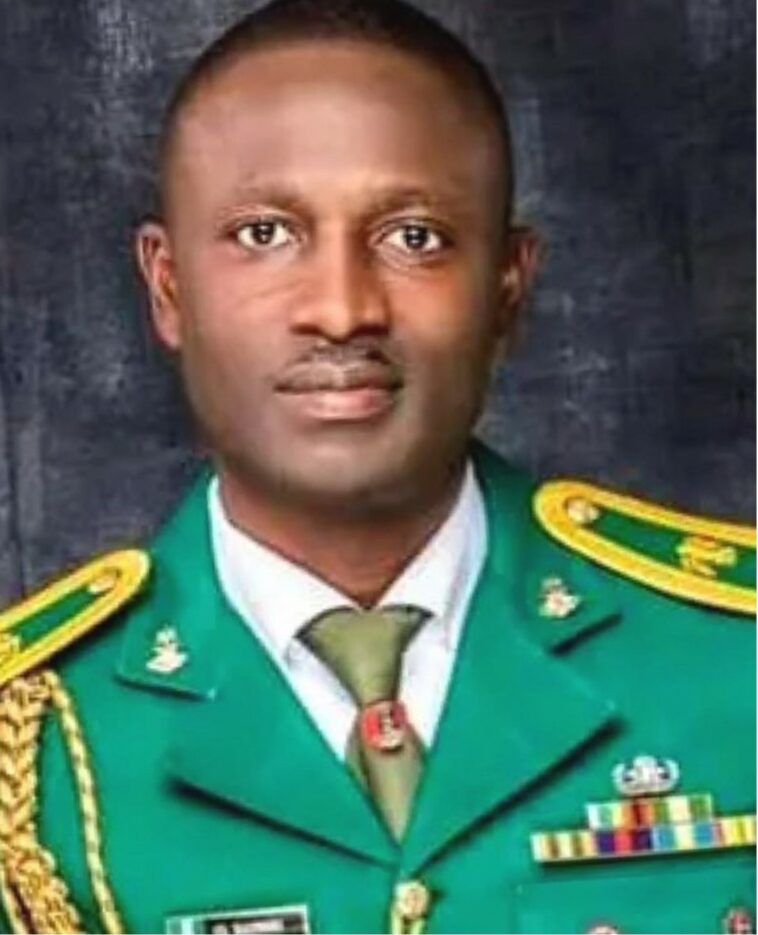 By Mohammed I. Yaba

Major CL Datong, who was abducted when bandits broke into the Nigerian Defence Academy (NDA) in Kaduna, last month, has regained freedom.

Two senior officers were gunned down in the incident which happened on August 24, 2021.

He said the operations leading to his rescue led to the destruction of several identified bandits’ camps in Afaka- Birnin Gwari areas of the state.

He said scores of bandits were killed during the operation, particularly, in the late hours of September 17, 2021.

He said the Division in conjunction with the Air Task Force, Department of State Services and other security agencies, immediately swung into action by conducting operations in the Afaka general area to find and rescue the officer after a directed by the Chief of Army Staff.

“The troops arrived at a camp suspected to be the location where Maj CL Datong was being held. At the camp, the troops exchanged fire with the bandits overwhelmed them superior fire.

“In the process, the gallant troops were able to rescue the abducted officer. However, the officer sustained a minor injury but has been treated in a medical facility and handed over to NDA for further action,” he said.

He commended the efforts of the NAF, DSS , Nigerian Police and “patriotic Nigerians”…

Back to Top
Close
X
Northern Michigan meteorologist fired from TV station after 30 years after refusing COVID-19 vaccine…Latest NewsMARQUETTE, Mich. - A man who spent more than 30 years reporting the weather on TV in northern Michigan is out of a job. Karl Bohnak says he was fired …

X
AbokiFX shuts down to see if it’ll help naira rise again…Latest NewsPeoples Gazette ABOKIFX MANAGEMENT DECISION abokiFX has taken the decision today, the 17 of September 2021, to temporarily suspend rate updates on all…