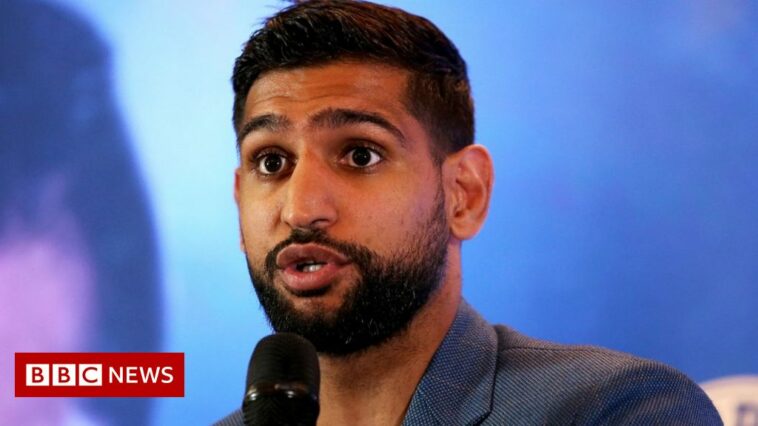 British boxer Amir Khan has been removed from a flight in the US after a reported row over face coverings.

Mr Khan, 34, said he had been taken off the American Airlines plane along with a colleague by police when someone complained his friend’s mask “was not high enough”.

The airline said the flight from Newark Airport to Dallas-Fort Worth returned to the gate after two people reportedly “refused to comply with crew requests”.

It denied that police had intervened.

A spokesman for the airline said: “Our customer relations team is reaching out to Mr Khan to learn more about his experience and reinforce the importance of policies implemented for the safety of our customers and crew.”

In a video posted to Twitter, Mr Khan said he was flying to a training camp in Colorado after a stay in New York and was left “disgusted” by his treatment.