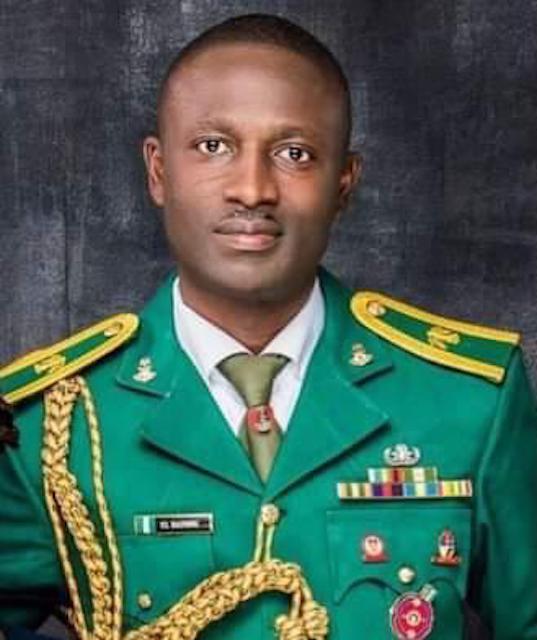 A Nigerian Army officer, Major Christopher Datong, has regained his freedom after 25 days in the captivity of bandits who invaded the Nigerian Defence Academy, Kaduna State.

The Nigerian military in a release on Saturday morning claimed that security forces rescued Datong, although military sources said the rescue was not without payment of ransom to the dare-devil bandits.

The bandits had invaded the military training institution on August 24, 2021, killing two officers, and injuring one other while Datong was abducted.

FLASH: A Nigerian Army Major, Christopher Datong who was kidnapped from the Nigerian Defence Academy in August by bandits in Kaduna has been freed pic.twitter.com/nAWjWQSFg1

A statement issued at about 12:15am on Saturday by the spokesman of the 1 Division, Nigerian Army Kaduna, Col. Ezindu Idimah, said the Division, in conjunction with the Air Task Force, the Department of State Services (DSS) and other security agencies conducted the operation which led to the rescue of the officer who was held captive for 25 days…

Back to Top
Close
X
AbokiFX shuts down to see if it’ll help naira rise again…Latest NewsPeoples Gazette ABOKIFX MANAGEMENT DECISION abokiFX has taken the decision today, the 17 of September 2021, to temporarily suspend rate updates on all…

X
N-Power: FG begins payment of five-month outstanding stipends to 9,066 beneficia…Latest NewsThe CableThe federal government says it has commenced the payment of outstanding allowances to 9,066 volunteers who participated in batches A and B of…