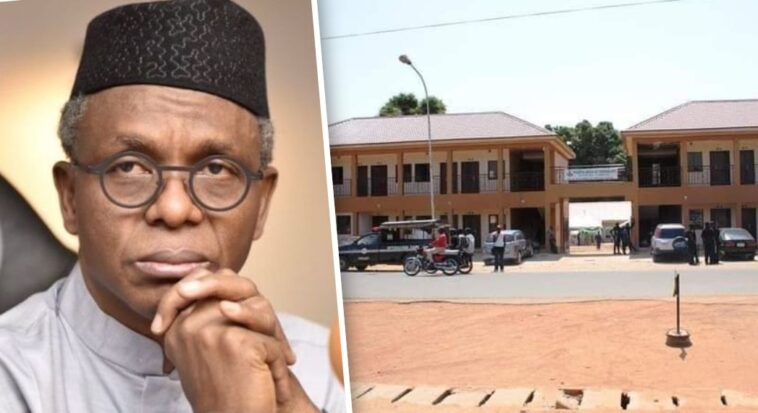 Governor Nasir El-Rufai has set efforts in motion to demolish the secretariat of Nigeria Union of Journalists in Kaduna, according to an eviction notice seen by Peoples Gazette.

The Kaduna State Urban Planning and Development Authority in the September 23 letter to the journalists managing the chapter said the property would be demolished in three weeks. The town planning office said all items in the property should be removed before then or they will be destroyed in the demolition.

The property, along Muhammadu Buhari Way, was identified as lacking requisite permits and should not have been built at the location. Authorities said they’ve written repeatedly to the journalists managing the place but received no response.

A spokesman for the NUJ in Kaduna was not available for comments on Thursday afternoon. But Mr El-Rufai has been demolishing buildings and seizing lands across priced neighbourhoods in Kaduna to give to his family members and cronies.

In May, The Gazette reported how Mr El-Rufai gifted lands he seized from civil servants to his wives, children and cronies.

In his response to The Gazette’s report, The Governor confirmed seizing the lands from civil servants but said he gave them to his families and cronies because they had the financial resources needed to commence the development of the neighbourhoods.

X
COVID-19 still active in Kano as State Records 115 deaths…COVID19This DayThe Kano State Ministry of Health has appealed to the people in the state to take the COVID-19 vaccine, saying the pandemic is still active in…