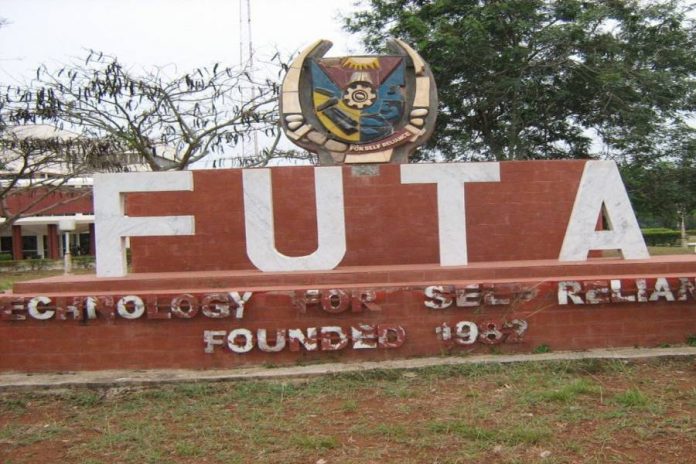 Vice Chancellor of the Federal University of Technology, Akure (FUTA), Prof. Joseph Fuwape, has said the institution has not failed Nigeria in its core mandate to address her technological problems.

Fuwape said the institution has lived up to the expectation of the government and the founding fathers through achievements of its researchers and students.

The VC, who spoke at a briefing to herald the institution’s 40th Anniversary, said the university has excelled in space research, software innovation, robotic engineering and the energy sector.

He said FUTA could become the Silicon Valley of Nigeria if given appropriate financial support and adequate patronage by government and other stakeholders.

“FUTA enjoys flourishing academic relationships with several reputable centres of excellence in teaching and research.  It has collaboration with the Nigerian Air Force and a host of other international institutions.

“The university routinely sends students to Florida American and Mechanical University (FAMU), in the USA to complete their undergraduate programmes and pursue Postgraduate degrees as part of student-exchange provisions of an existing collaboration between FUTA and FAMU.   FUTA has similar relationships with some German Spaniards and Brazilian universities.

“Over the years, the University has contributed tremendously to national development through critical research breakthroughs and production of more than 25,000 graduates who are trailblazers in different areas of human endeavours locally and internationally.”

He said plans were on to established a teaching hospital for the institution’s College of Medicine when completed.

This article originally appeared in The Nation

Back to Top
Close
X
Boko Haram financiers can only be named, shamed in court: Malami…Latest NewsMr Malami on Wednesday said that naming and shaming of Boko Haram sponsors are judicial functions that commence with arraignment and end with convicti…

VC: FUTA has not failed Nigeria

X
'We can’t tell Buhari not to borrow' ― Senate President justifies Nigeri…Latest NewsTribunePresident of the Senate, Ahmad Lawan, on Wednesday, justified the rising external debt profile of the country under President Muhammadu Buhari …