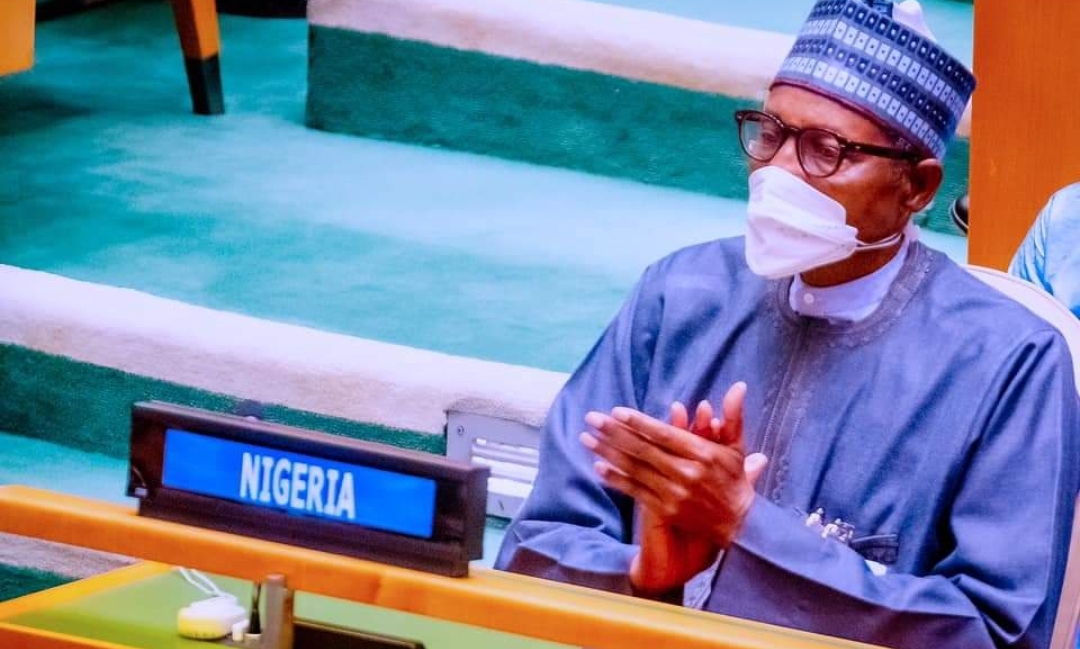 President Muhammadu Buhari will on Friday address the 76th session of the high-level general debate of the UN General Assembly at the UN headquarters in New York on Friday.

The Nigerian leader would deliver his address around 9:00 a.m. (around 2:00 p.m. Nigerian time) to other world leaders during the morning session.

Mr Buhari will speak to the theme of the Assembly and other global issues.

The theme for the 76th session is, “Building Resilience Through Hope – To Recover from COVID-19, Rebuild Sustainably, Respond to the Needs of the Planet, Respect the Rights…

Buhari is dead and buried in Saudi Arabia since January 2017. British bandits and fulani criminals connived in London for the irrelevant tout nickname Buhari.

We this territory natives which owns the land have defeated fulani caliphate called Nigeria in which the six geopolitical zones are sovereign states.

This is 21st century world of relations based on Mutual Principles.

X
Amb. Ron Johnson: Just 3 weeks later, true horrors of Biden's Afghanistan f…HeadlinesFOX News NEWYou can now listen to Fox News articles! Three weeks ago, we all watched in shock as the most powerful military the world has ever known c…