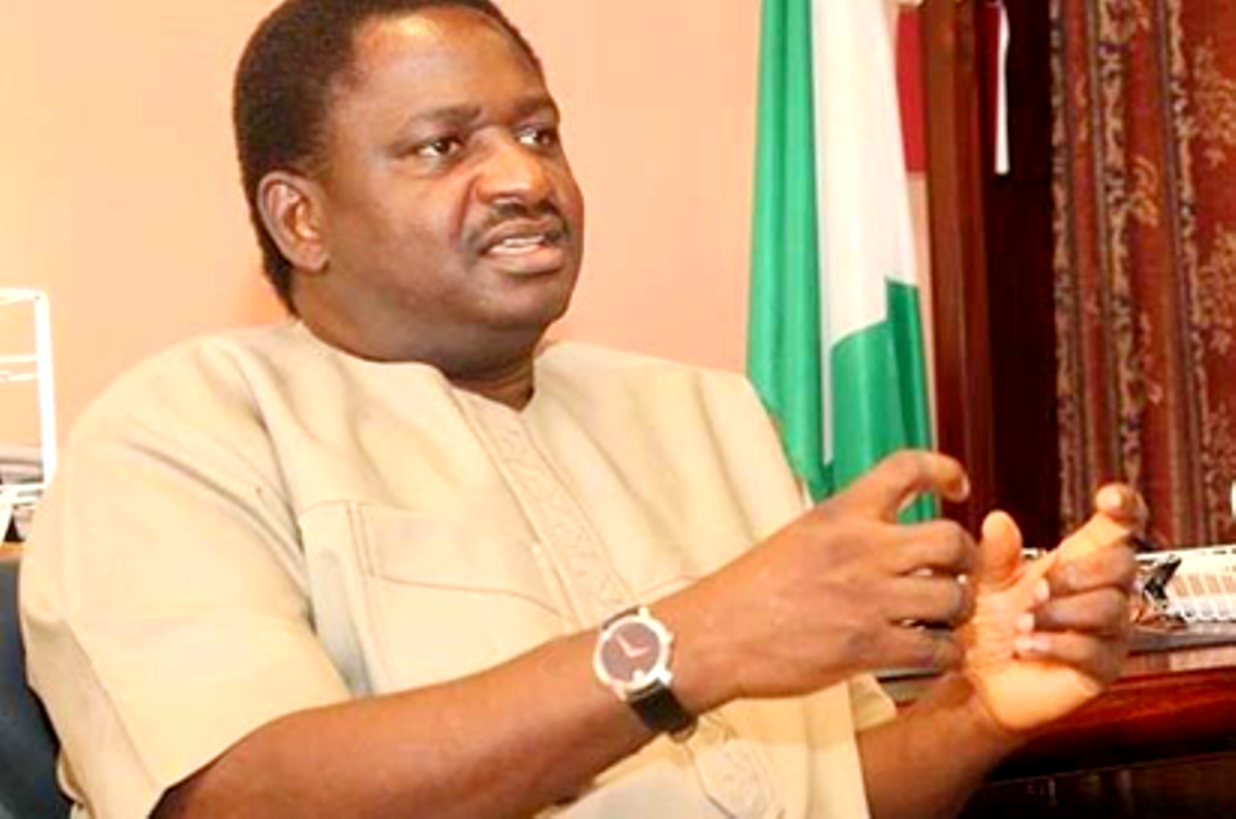 Mr Femi Adesina, Special Adviser to President Muhammadu Buhari on Media and Publicity, has said some of the persons who vilify his principal publicly return to Aso Rock for dinner.

The presidential spokesman said this while commenting on the return of Femi Fani-Kayode to the All Progressives Congress (APC).

Fani-Kayode has been under fire since last week when the Chairman of APC National Caretaker/Extraordinary Convention Planning Committee (CECPC) and Governor of Yobe State, Mai Mala Buni, presented him to Buhari at the State House, Abuja.

Both members of the APC and the Peoples Democratic Party (PDP) have hurled insults at him over his defection.

In his weekly article, Adesina said Buhari is large-hearted and the manner in which he received Fani-Kayode showed this.

“Between last week and now, vitriol poured by FFK on anybody with the slightest affinity to APC has been dug up serially. He has said things straight from the gutters, things that the natural man would call unforgivable and unpardonable.”

“Against President Buhari, the first family, Yusuf Buhari whom he wished had died when the latter had an almost fatal bike accident, APC as a party, the government, leaders of the party, groups and individuals. Even this writer has suffered horrid descriptions from FFK in many write-ups.

“Yes, he even said he would rather die than return to APC, but last week, he returned—well and alive.

“Naturally, a lot of loyal APC members are hopping mad that FFK was readmitted into the party. And not only that, he got back at the highest level. Not at his ward in Ile-Ife, Osun State, but the triumphal entry was at the Presidential Villa, with President Buhari himself as the host.”

The presidential spokesman said aside Fani-Kayode, Buhari has hosted and dined with some of the persons who condemn him in public.

He said while some persons had formed the habit of lying that Buhari has an unforgiving spirit, the president has proved them wrong with his action.

“I have worked with the President for over six years. And I have seen amazing things in terms of accommodation and capacity to forgive.”

“I have visited him at home many times in the evenings, only to find at dinner table with him people who had been abusing his forefathers on television earlier in the day. This President has a capacity to forgive, and forget. And make peace.”

Femi Adesina: Some of Buhari’s harshest critics come to Aso Rock for dinner

X
Despite evidence in handbook,NYSC denies express advice for corpers to prepare r…Latest NewsPunch Kayode Oyero 24 September 2021 In what appears to be a tardy disposition to the review of official documents, the management of the National You…